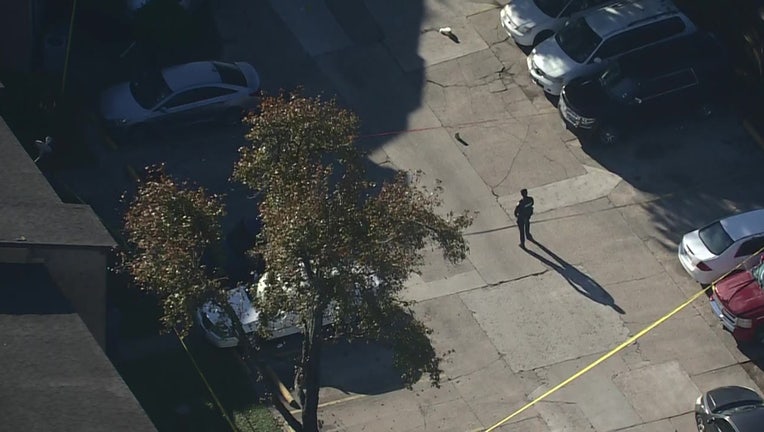 A man was shot and killed in the parking of an apartment complex in north Harris County on Monday morning, authorities say.

Deputies responded to a shooting call in the 8900 block of Airline Drive around 6:10 a.m.

They found a man, said to be in his 40s, in the parking lot.  He was pronounced dead at the scene.

The sheriff’s office says witnesses reported that the man was leaving to go to work and walked out to his vehicle. That’s when he was reportedly approached by a male wearing a mask.

The sheriff’s office says there was reportedly a short discussion and the suspect shot the man.

The suspect reportedly then got into the backseat of a white four-door sedan that fled the scene.

Authorities say they are looking for at least two people – the driver and the shooter.