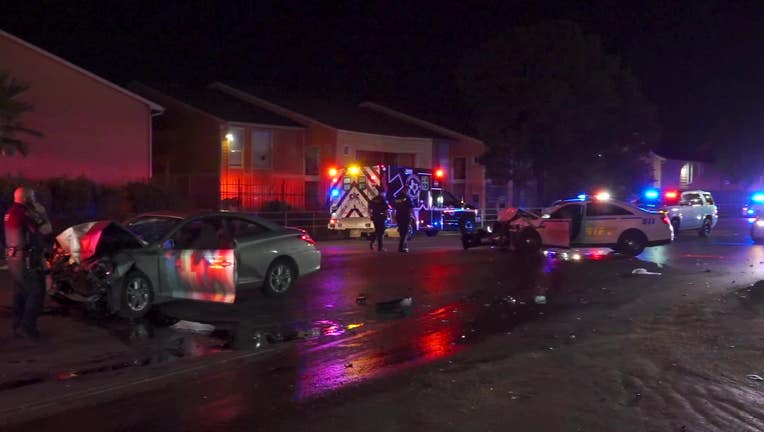 HOUSTON - The sheriff’s office says a deputy and a wrong-way driver were both taken to the hospital after a crash in northeast Harris County.

The crash occurred shortly before midnight on Thursday in the 5000 block of Aldine Mail Route Road.

The sheriff’s office says the deputy was traveling eastbound in his patrol car, and the other car is believed to have been traveling westbound in the eastbound lanes. The vehicles collided head-on.

Sheriff Ed Gonzalez says the deputy and the other driver were taken to area hospitals, and it does not appear that either party sustained major injuries.

The sheriff’s office says they are conducting a DWI investigation on the wrong-way driver. The driver is said to be a 59-year-old man

According to HCSO, the 31-year-old deputy involved in the crash has been with the department for about 10 years and is with the DWI Unit.