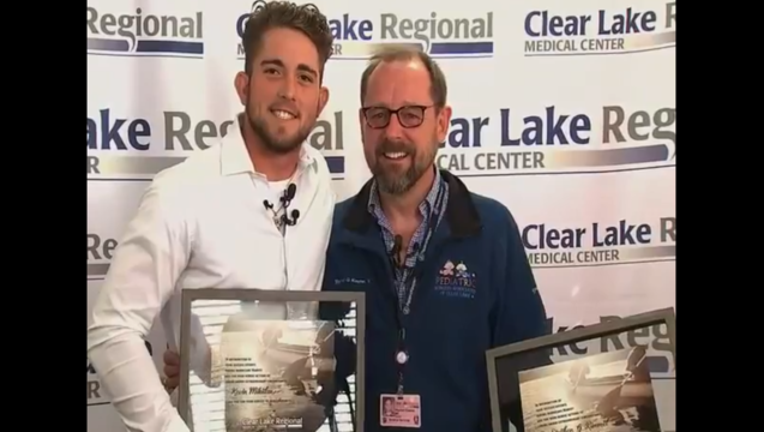 HOUSTON, TX - It’s been one year since pediatric surgeon Dr. Stephen Kimmel was rescued from his own Harvey flooded home and canoed by first responders to HCA-affiliated Clear Lake Regional Medical Center in time to perform surgery on an ailing teen boy.

In one of the most anticipated Harvey anniversary stories, Dr. Kimmel reunited with good Samaritan Kevin Mikulan of Clear Lake, who helped canoe him toward the hospital, and Raul Gutierrez who was working dispatch that day for the Dickinson Volunteer Fire Department.  "We got in the canoe. We just wanted to make sure he got there safe and sound," said Mikulan.

Kimmel ultimately reached the hospital after walking the last mile in waist-high water. "The mission is the most important thing. we just had to get it done. "

Because of their efforts, Dr. Kimmel was able to reach Clear Lake Regional Medical Center in time to perform surgery on Jacob Terrazas, a teenager who faced permanent damage if the surgery wasn't performed immediately.