Funeral services were held Wednesday for Harris County Deputy Robert "Adam" Howard, 27, who was killed in a crash with a big rig while on duty on May 11.

The 27-year-old Harris County Sheriff's Office deputy was killed in a crash with a big rig while on duty on May 11.

The services took place at Community of Faith Church located at 16124 Becker Rd in Hockley, Texas.

Deputy Howard's funeral service then took place before outside honors. 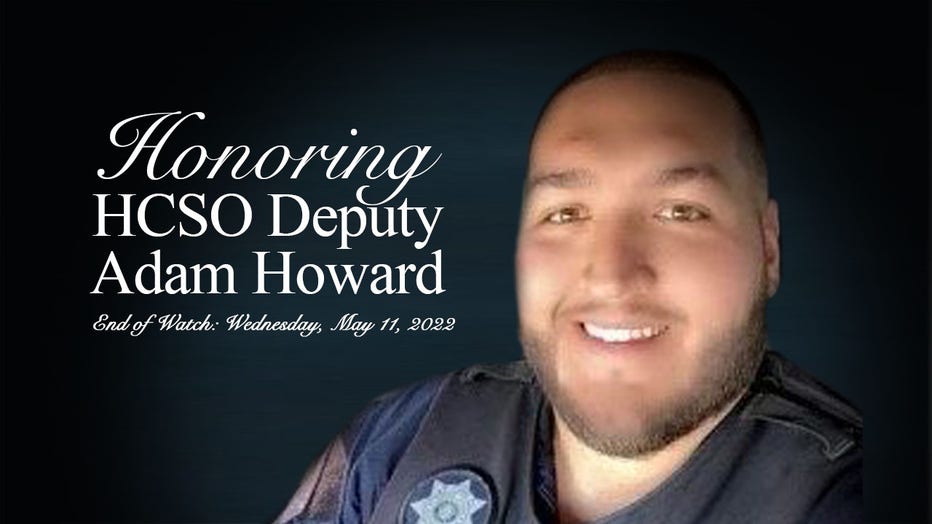 The deputy's body was escorted and laid to rest at Klein Memorial Park in Tomball.

Deputy Howard served with the Sheriff’s Office since 2019. He first worked the evening shift in Patrol District 5 in northwest Harris County, where he served in the Crime Reduction Unit.

Then in February 2022, he transferred to the new Violent Gang Suppression Unit as a deputy investigator.

Deputy Howard was from the greater Houston area, growing up in Jersey Village. He is survived by a wife and two young children, a 2-year-old girl and a 5-year-old boy.