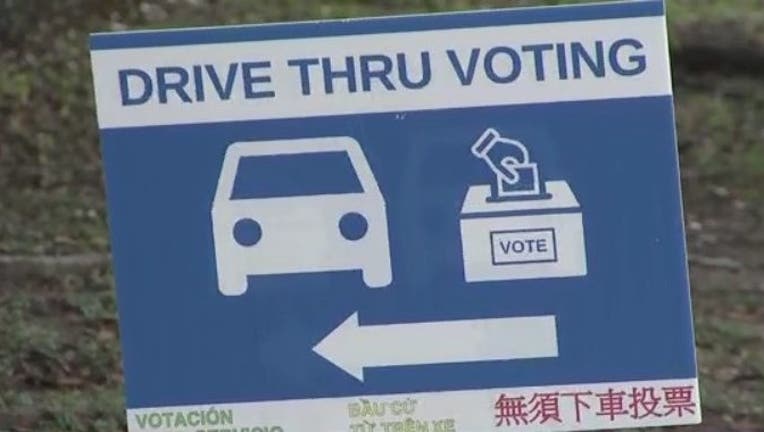 In a letter, Judge Hidalgo asked him to use his authority as governor to “proclaim approval for drive-thru voting and guarantee the validity of votes being cast at these locations.”

Judge Hidalgo said Attorney General Ken Paxton publicly questioned the legal status of drive-thru voting in a letter that was sent to Texas election officials on October 16. She also pointed to the Republic Party of Texas’ lawsuit that challenged drive-thru voting and is pending before the Texas Supreme Court.

“Just yesterday, Rob Henneke, a prominent GOP attorney and General Counsel of the Texas Public Policy Foundation, a leading right-wing think tank, even publicly raised the question of whether ballots cast at drive-thru facilities could be invalidated,” she wrote.

“It is a common sense way for citizens to exercise their fundamental right to vote, particularly during a pandemic. The Texas Election Code allows it, and Secretary of State Ruth Hughs approved it,” Judge Hidalgo wrote.

The county judge says, in response to AG Paxton’s letter, “we have repeatedly asked Secretary of State Hughs to reassure elections officials and voters that she stands by her office’s opinion, which was used by Harris County Commissioners Court to approve the ten drive-thru voting centers currently in use for the November general election.”

Judge Hidalgo says their requests have been met by silence.

“While we wait this week on a ruling from the Texas Supreme Court or clarity from you and Secretary Hughs, I will continue to advocate for the course of action that will protect the voting rights of our citizens,” Judge Hidalgo wrote. 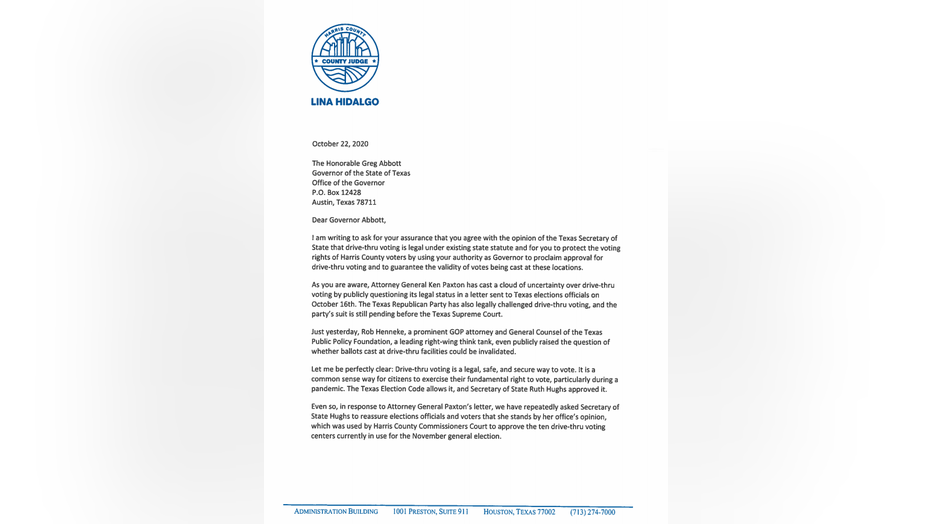 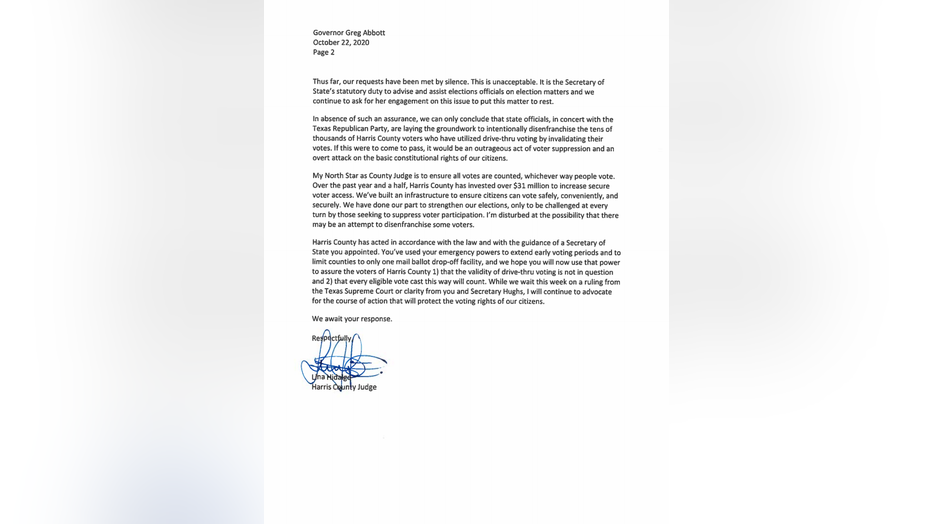