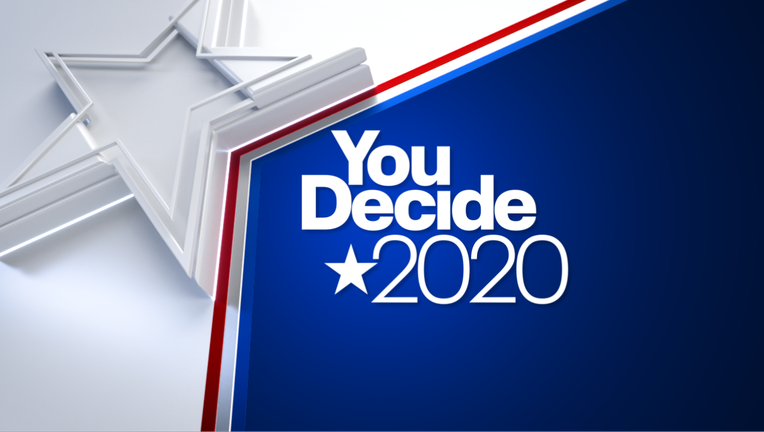 HOUSTON - Texans will soon be heading to the polls to vote on Election Day, Tuesday, Nov. 3. It's an important day that could change the course of the country in many ways. In Texas, besides electing the next president of the United States, we will be voting for a U.S. Senator, the 36 representatives who will serve in the U.S. House, as well as several other state and local races.

But voters need to be prepared before casting their ballots.

We have put together a guide with everything you need to know to be able to vote in Texas for the 2020 Election, including important dates, voter registration information, and early voting locations. Below we answer the frequently asked questions and more regarding voting.

How do I check my voter registration?

In Texas, you can register to vote by mail or in person. Texas does not offer online voter registration.

To see if you're already registered to vote, click here.

*If you've moved out of the county in which you were registered to vote, you will need to re-register., for the November election you will have to vote in the country you are currently registered in.

How do I find my polling location?

Your assigned polling place is based on where you live. Visit your county's election page for the polling locations and sample ballots.

You will also be able to find election day voting locations by visiting the state's webpage, which will be populated with voting sites a few days before election day. Or, you may want to contact the Election Official for State and County Elections in your county.

Texas is becoming increasingly competitive politically as the population and demographics change.

When and where can I vote during the early voting period in Texas?

Any registered voter may vote early in person. Early voting for the November 3, 2020 Election begins on October 13, 2020 and ends on October 30, 2020. You may vote at any early voting location in your county of registration.

You will be able to find those early voting locations on your county's election page, or by visiting the state's webpage, which will be populated with voting sites a few days before early voting begins. Or, you may want to contact the Early Voting Clerk for State and County Elections in your county.

What to know about early voting in Harris County

Early voting in Texas begins on Tuesday, Oct. 13 and there are drive-thru locations and locations open for 24 hours.

When are polls open on Election Day?

The polls in Texas are open from 7 a.m. on the date of the election until 7 p.m. Anyone in line at the time the polls close will be allowed to cast their ballot.

What photo ID do I need to vote?

Here is a list of the supporting forms of ID that can be presented if the voter does not possess an acceptable form of photo identification, and cannot reasonably obtain one:

-  Copy or original of a government document that shows the voter’s name and an address, including the voter’s voter registration certificate

-  Copy of or original bank statement

-  Copy of or original government check

-  Copy of or original paycheck

-  Copy of or original of (a) a certified domestic (from a U.S. state or territory) birth certificate or (b) a document confirming birth admissible in a court of law which establishes the voter’s identity (which may include a foreign birth document)

For more information on acceptable forms of ID and what you can do if you do not have one, click here.

Can I vote early by mail (also known as “absentee voting”)?

Only specific reasons entitle a registered voter to vote early by mail (no longer called absentee voting). You may request a ballot by mail if you are one of the following:

-  Are sick or disabled

-  Are 65 years of age or older on Election Day

-  Are confined in jail

Harris County Clerk Chris Hollins was planning to send the applications to all registered voters in Harris County. The Texas Supreme Court entered its order in response to a filing made earlier on Tuesday by Attorney General Paxton.

Will I be able to vote straight-party?

No. House Bill 25 passed during the 85th Legislative Session, eliminating straight-party voting effective September 1, 2020. If you wish to vote for all of the candidates affiliated with one party, you should select each candidate one at a time on your ballot.

The items on your ballot may vary depending on where you live in the county.  Texan voters are allowed to bring printed materials into the voting booth, including a sample ballot or a voters guide. But we cannot bring a cell phone or camera.

Too late for Texas to use straight-ticket voting, court says

November’s elections are too close for Texas to make changes now and restore a straight-ticket voting option that was sought by Democrats, a federal appeals court ruled Wednesday.

Please note that registering with a federal postcard application (typically used by the military and overseas voters) is now treated as a request for permanent registration.

Texas evacuees due to natural disasters

If you have evacuated your Texas residence due to a natural disaster, click here for helpful information with regards to voting in upcoming elections during this difficult time.

SWING STATE? Texas hasn’t voted Democrat since 1976, but the state is in play this year, experts say

Click here for the special needs information on the state's election website to ensure that you are fully informed on the services available to you.

Student voters often have concerns over residency for voter registration purposes. Information on student residency issues is available on this webpage.

In Texas, a convicted felon regains the right to vote after completing his or her sentence. Therefore, once you have completed the punishment phase (including any term of incarceration, parole, or supervision, or completed a period of probation ordered by the court), you would be eligible to register and vote in the state of Texas.

Monday, Oct. 5
The deadline to register to vote in Texas for the 2020 General Election

More on elections in Austin County

More on elections in Brazoria County

More on elections in Chambers County

Polling Locations located under Where do I vote?

More on elections in Chambers County

More on elections in Grimes County

More on elections in Galveston County

More on elections in Harris County

More on elections in Jackson County

More on elections in Liberty County

More on elections in Matagorda County

More on elections in Montgomery County

More on elections in Polk County

More on elections in Waller County

More on elections in Washington County

More on elections in Walker County

More on elections in Wharton County