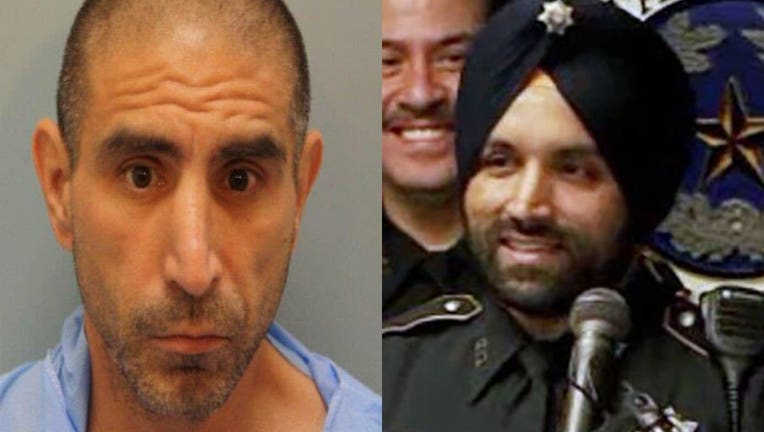 HOUSTON - The man charged with capital murder in the death Harris County Deputy Sandeep Dhaliwal was indicted by a grand jury on Wednesday.

Prosecutors say Robert Solis, 47, shot Deputy Dhaliwal in the back of the head during a traffic stop on September 27.

Solis remains in jail with no bond.

Sheriff Ed Gonzalez described Dhaliwal, who was the first Sikh deputy for Harris County, as "well-liked and well-respected."

He was trailblazer for the Harris County Sheriff's Office, and was easily recognizable in his faith's traditional turban and beard.

More than $550K raised for Dhaliwal family on GoFundMe