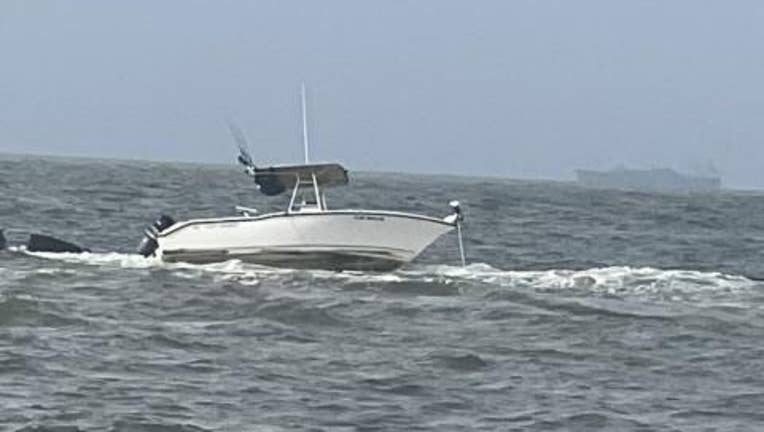 HOUSTON - Four people aboard a vessel near Galveston were helped Saturday morning after a good Samaritan leaped into action with additional assistance from the U.S. Coast Guard.

According to a press release by the Coast Guard, four people were aboard the vessel when it was beset by bad weather. The Coast Guard Sector Houston-Galveston command center received a call around 8:15 a.m. from a good Samaritan about a 25-foot pleasure craft with four people aboard that was "being pushed onto the south Galveston jetties."

All four people were wearing life jackets and were able to jump off and swim over to the good Samaritan's vessel. No injuries were reported but we're told the owner of the pleasure craft "will arrange for the salvage of the vessel, which is currently stranded on the jetties."

"We can't overemphasize the importance of checking the weather before getting underway and fully equipping your vessel with a proper anchor, a marine radio, and other emergency signaling devices," Coast Guard command duty officer Lt. Chellsey Phillips Canlas said. "The good Samaritan who lent a hand today was absolutely instrumental in the success of this rescue. Not only did they bring the situation to our attention, they took it upon themselves to help get those people out of the water safely."