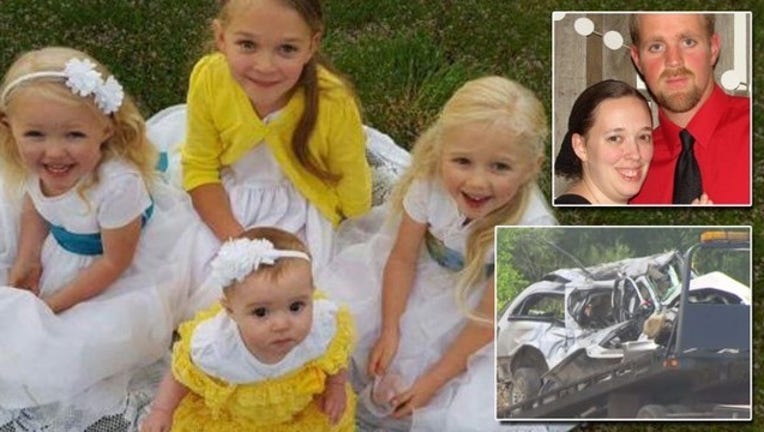 TRINIDAD, Colo. (AP) — A 4-year-old girl was the only member of her family to survive after their minivan was hit by an Amtrak train at a crossing with a history of problems in southern Colorado.

The girl was hospitalized with serious injuries after the Southwest Chief train headed from Chicago to Los Angeles slammed into the van as it drove across the tracks Sunday morning near Trinidad, about 15 miles from the New Mexico border. Hospital officials would not release information on her condition on Monday.

Trooper Art Gumke of the Colorado State Patrol said the girl's father, 32-year-old Stephen Miller, who was driving the 2005 Chrysler Town & Country, and his wife, Christine Miller, 33, of Trinidad were killed along with their three other daughters, aged 6, 2 and 8 months. He said the minivan was moving at the time of the crash and was not stuck.

The Millers were on their way to church at the time, a fundraising webpage said.

The crossing is only marked with signs, but a proposal to add flashing lights and gates has been in the works since late 2013, according to a plan first reported by The Denver Post.

Las Animas County commissioners approved a joint application for the work with the state just two weeks ago. But the proposal still has to be approved by the state Public Utilities Commission before work can start, county administrator Leeann Fabec said. The work is expected to cost about $230,000, Colorado Department of Transportation spokeswoman Amy Ford said.

The crossing was identified for improvements as part of ongoing work with counties and railroads to fix problem crossings, she said.

There have been six other accidents between vehicles and trains at the same crossing in the last 30 years, including one other fatal crash in 2010, according to Federal Railroad Administration records.