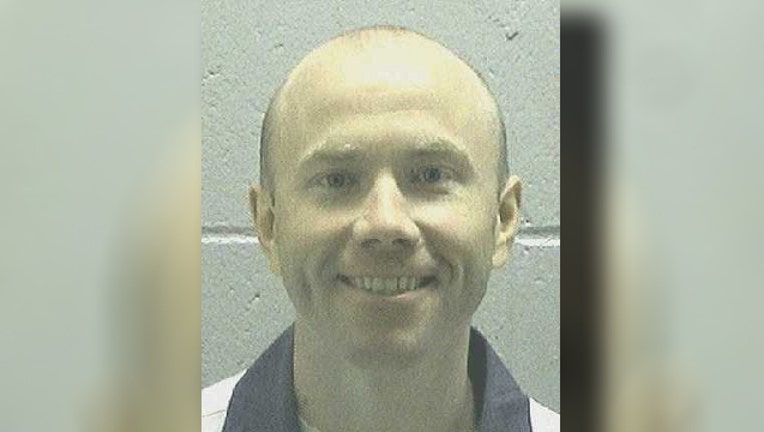 ATLANTA (AP) — Georgia plans to carry out its fifth execution of the year on Wednesday when a man convicted in the 1998 killings of a trucking company owner and his two children is set to die.

Daniel Anthony Lucas is scheduled to be executed at 7 p.m. Wednesday at the state prison in Jackson. Georgia executes inmates by injecting the barbiturate pentobarbital.

Lucas, 37, was sentenced to die in 1999 for the killings of Steven Moss, 37, his 11-year-old son Bryan and 15-year-old daughter Kristin, who interrupted a burglary at their home near Macon in central Georgia.

Here are some things to know:

Lucas and another man, Brandon Rhode, were searching the Moss home for valuables in April 1998 when Bryan Moss saw them through a front window and entered through a back door armed with a baseball bat, prosecutors have said. They say the two wrestled Bryan to a chair and Lucas shot him in the shoulder. Lucas then led the boy to a bedroom and shot him multiple times, prosecutors have said.

Rhode met Kristin as she got home from school and forced her to sit on a chair and shot her twice with a pistol, according to court records. Rhode then ambushed Steven Moss when he arrived home, shooting him four times with the same pistol. Lucas later shot the two children again to make sure they were dead, according to the records.

Moss' wife, Gerri Ann, discovered the bodies when she returned home from work.

Rhode was also convicted in the killings and was put to death in September 2010. His execution was delayed by about a week after he tried to kill himself by slashing his arms and throat just hours before he was initially set to be executed.

If Lucas is executed Wednesday, he will be the fifth person put to death in Georgia. That will match the record — set in 1987 and tied last year — for the most executions carried out in a calendar year in the state since the death penalty was reinstated nationwide in 1976. With eight months left in the year, it seems likely the state will set a new record this year.

His execution would also mean that Georgia has executed more inmates in a 12-month period than at any other time since reinstatement of the death penalty. Georgia has executed seven people in the last 12 months, starting with Kelly Gissendaner on Sept. 30. The only other time the state executed that many people in a 12-month period was when seven inmates were put to death between October 2001 and August 2002.

Only four states have carried out executions this year for a total of 12. Aside from the four executed in Georgia so far, six inmates have been put to death in Texas and one each in Alabama and Florida.