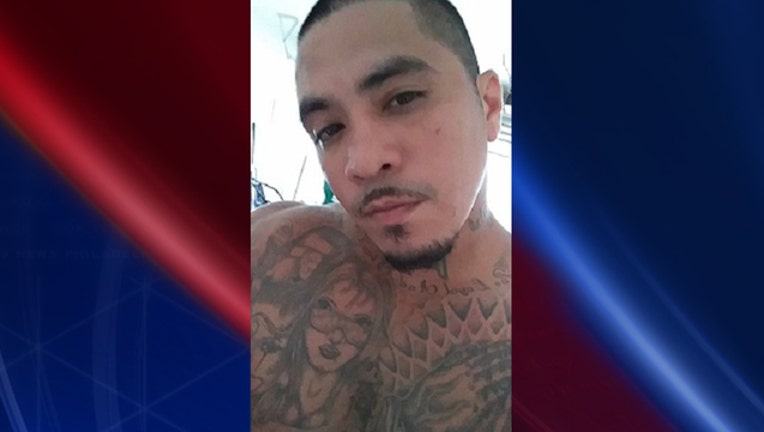 HOUSTON (FOX 26) - Crime Stoppers of Houston and the Houston Police Department Special Victims Division are seeking help from the public to find Eli Escamilla, a fugitive wanted for injury to a child and assault (family violence).

Escamilla repeatedly punched his wife in the face and body at around 3 p.m. on June 30 inside a home on North Houston Rosslyn Road near Antoine Drive, according to a statement released by Crime Stoppers. When his seven-year-old stepson tried to protect his mother, Escamilla pushed the boy with so much force that the child was thrown backwards into the air, causing the boy to suffer a head injury and dizziness.

33-year-old Escamilla is described as standing at a height of around 5-feet 8-inches tall, weighing 160 pounds, with brown eyes, short black hair and tattoos depicting a woman and praying hands on his chest.

Crime Stoppers will pay up to $5,000 for information leading to the charging and/or arrest of the suspect in this case. Information may be reported by calling 713-222-TIPS (8477) or submitted online at www.crime-stoppers.org. Tips may also be sent via a text message by texting the following: TIP610 plus the information to CRIMES (274637). All tipsters remain anonymous.