BAYTOWN, Texas - One person was taken to the hospital by Life Flight after a vehicle fire on the Fred Hartman Bridge.

According to Houston TranStar, the vehicle fire occurred in the northbound lanes shortly before 8:30 a.m. Monday. 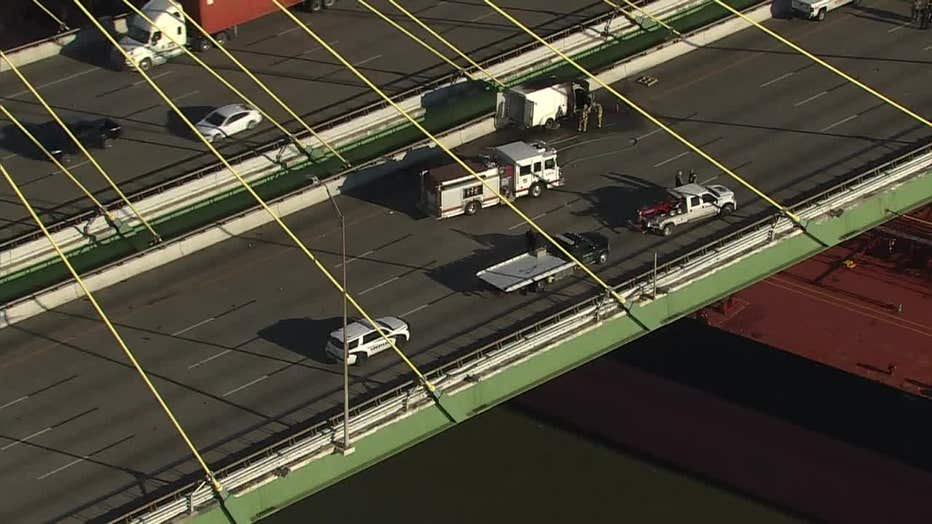 A vehicle fire on the Fred Hartman Bridge.

Three vehicles were reportedly involved in the incident. SkyFOX aerials showed a burned box truck in a far left lane.

A Life Flight helicopter was also seen landing on the bridge. It transported one person to a hospital. 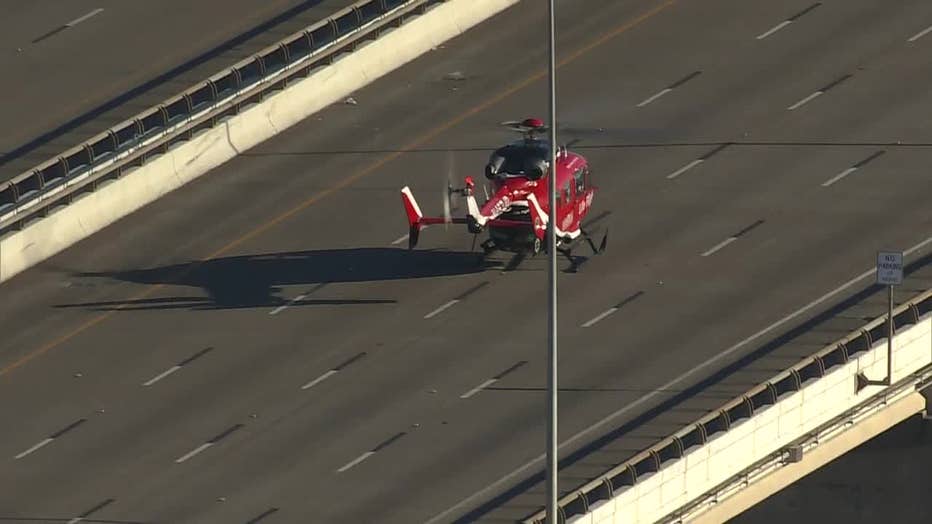 It’s not clear if there were any other injuries.

The lanes of the bridge reopened around 10 a.m.