FOX 26 has learned three people have been charged in connection with the death of Sierra Rhodd.

CYPRESS, Texas - A total of four men have been arrested and charged in the shooting death of Sierra Rhodd.

On Sunday, Andre Colson, 26, was charged with felony murder. Harris County Sheriff Ed Gonzalez announced Thursday afternoon that Austin McCalla and Jason Cisneros, both 25, have also been charged with murder. 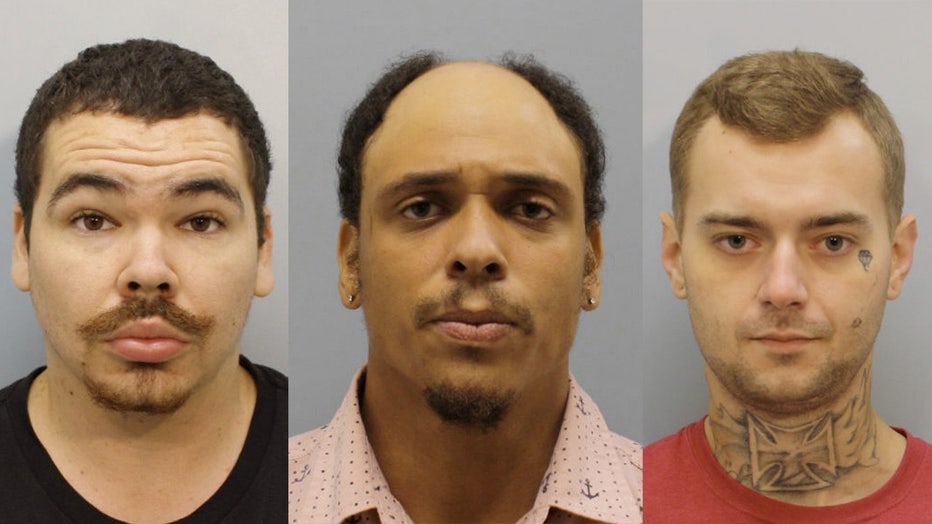 Jason Cisneros, 25, Andre Colson, 26, and Austin McCalla, 25, are all charged with murder in the death of Sierra Rhodd.

Then on Friday, Xavier Fletcher, 19, was charged with murder and taken into custody out-of-state.

The men are all charged in connection to the September 13th drive-by shooting on Timber Crest Drive in Cypress.

Man charged with murder in shooting death of Sierra Rhodd

Rhodd, a 20-year-old with disabilities was shot and killed last month while lying in her bed.

Friends are remembering Sierra Rhodd and her father, Michael, following a tragic week where both were killed. FOX 26's Maria Salazar has more.

The victim, who suffered from cerebral palsy, died after being hit by multiple gunshots as she lie in bed.

Investigators believe the motive was to shoot the victim's 15-year-old brother for an on-going feud he had with several individuals.

McCalla has been identified as the boyfriend of an 18-year-old woman who investigators initially believed to be a suspect in Sierra's death.

During the investigation, detectives examined the scene and found several fire casings lying in the front yard, rear side yard, as well as the roadway in front of the home in question. These casings consist of at least four different calibers—approximately 40 to 60 fired casings in total.

Police then pulled over a red truck, owned by McCalla, and arrested Presler, who was inside. Presler was arrested and charged in the case but was released due to a lack of probable cause.

A judge says he found no probable cause in the case against an 18-year-old girl charged in the murder of a disabled Harris County woman because of insufficient evidence.

The Rhodd family has endured tremendous loss. After the death of Sierra, her father Michael was shot and killed shortly after her vigil.

The murder of Sierra Rhodd, 20, in the Cypress area remains a mystery, as her family prepares to lay her to rest just days after her dad was also shot and killed.