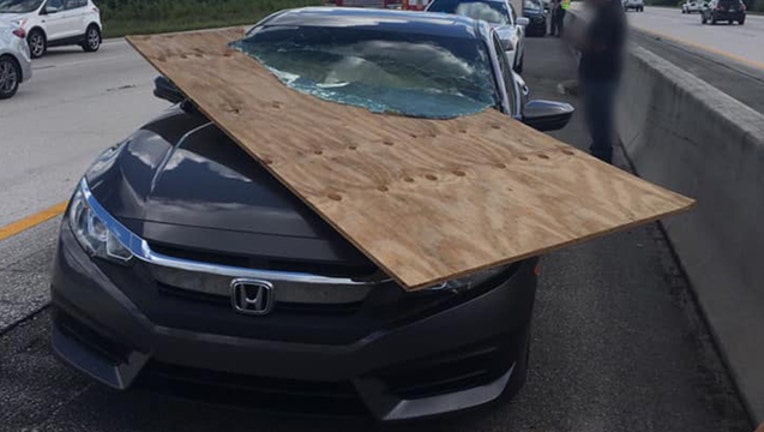 ROCKLEDGE, Fla. (FOX 13) - A lucky driver was mostly unscathed after a large piece of plywood impaled the vehicle’s windshield.

Brevard County Fire Rescue shared images of the freak accident, which occurred on Interstate 95 near Rockledge on Friday. The plywood was much longer than the entire windshield.

Florida Today reports the driver was identified as 35-year-old Rebecca Burgman from Melbourne. The agency said she had minor injuries and refused any medical attention.

According to Florida Highway Patrol, the plywood was inside the bed of a 2006 Chevrolet pickup truck, but was not properly secured. It flew off as the truck was heading northbound on I-95 and sliced through the windshield of Burgman’s 2016 Honda sedan.

The truck driver, a 51-year-old from Haines City, was ticketed for faulty equipment, reports Florida Today.