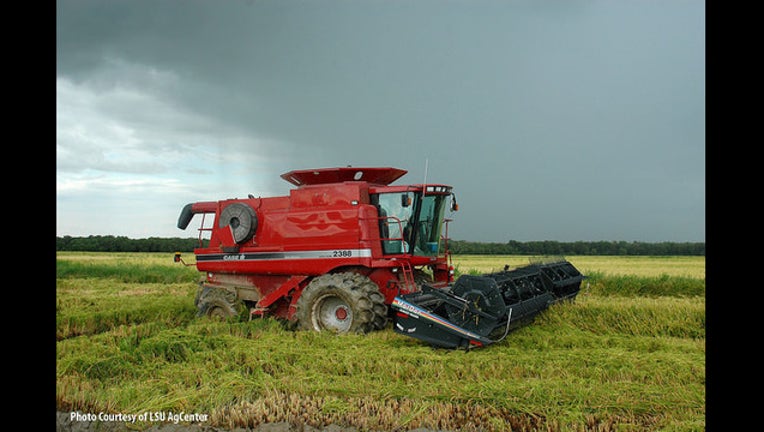 LONOKE, Ark. (AP) — High water in Louisiana and Arkansas has put a damper on the nation's rice harvest.

While much of Louisiana's crop was in before record floods this month, Arkansas farmers had just started harvesting before rainy weather began last weekend.

So far, the biggest losers are farmers whose fields are inundated and may not be able to harvest. Those who do succeed will find slightly higher prices. But economists say that the weather isn't bad enough to push up consumer prices for food rice, or for beer and cereal that use rice as an ingredient.

Arkansas produces half the nation's rice, while Louisiana produces about 15 percent. Farmers fear that continued bad weather, or a Gulf Coast hurricane, could worsen problems before the rest of the crop is brought in.