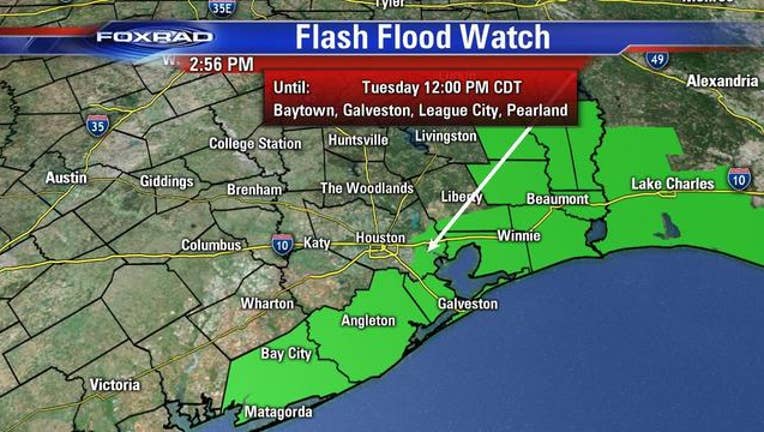 A Flash Flood Watch remains in effect until noon Tuesday for Matagorda, Brazoria, Galveston, and Chambers counties, as well as portions of Harris County and Liberty County.

The heavy rain drenching the Texas coast Monday and Tuesday is unrelated to the system of Tropical Storm Gordon. Tropical Storm Gordon formed in the Florida Keys on Monday morning, and tropical storm warnings have been issued for parts of south Florida and the Keys, with heavy rains likely, the National Hurricane Center said. The storm will most likely make landfall in Louisiana early Wednesday morning.