A FedEx driver gifted an Ohio family she saw on her route often with a new basketball and basketball hoop in a random act of kindness.

DAYTON, Ohio - A mother in Ohio shared photos after her local FedEx driver left unexpected gifts for her son in a random act of kindness, according to a Facebook post.

On Nov. 9, Coledo Wheeler posted photos sharing how a FedEx driver, who only revealed her name as Aubrey, bought Wheeler’s son, Elijah, a brand new basketball and basketball hoop, along with a heartwarming note. 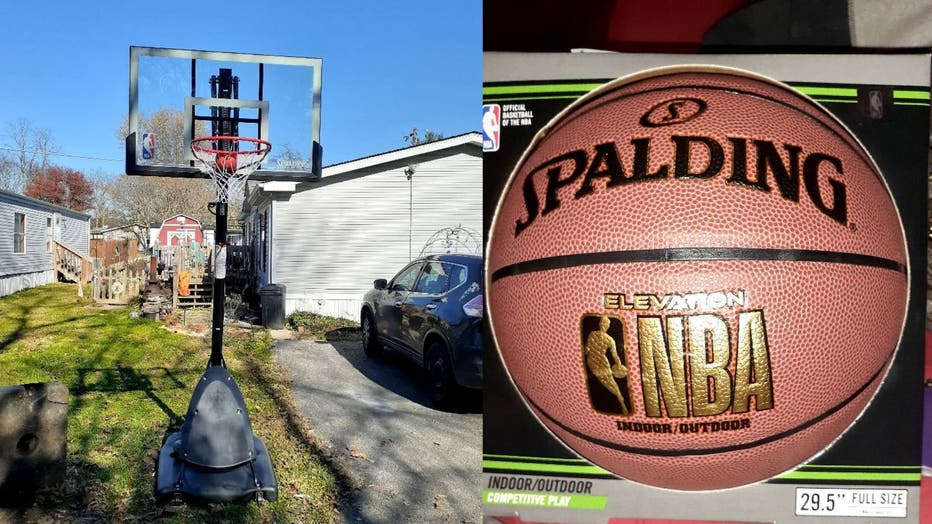 “I just wanted you and your son to have the best hoop that’ll grow with him and all his friends! It’s wonderful that you guys shoot hoops with him,” the note read.

Wheeler had mentioned in her post that the basketball hoop her son already used “was in really rough shape.”

When Wheeler came home, she did not initially notice the gifts.

“As I walked up on the porch I noticed the ball and the instruction manual to the hoop. I didn't know where either came from. I came in I sat down and started to read the two letters attached. I instantly started crying,” Wheeler wrote. 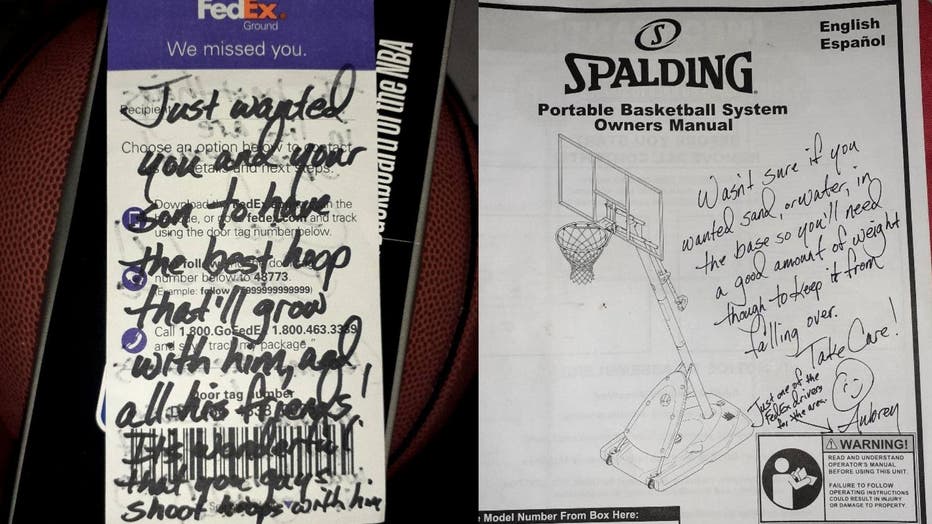 Two notes left with gifts for Ohio boy and his family.

At first, Wheeler did not know who the unknown gift giver was, but upon further inspection of the two notes that were left behind, she noticed the name Aubrey signed on one of the notes.

“I then realized that it was our female FedEx truck driver that delivers in our area. She has come around here when Eli and his friends would be playing basketball. Or Dan (Wheeler’s partner) and I out shooting some hoops with him,” Wheeler continued.

When Wheeler’s son, who goes by Eli, came home to the surprise, he knew exactly who left them, Wheeler said.

“We showed him and told him who it came from. He knew exactly who Aubrey was. He started crying. Instantly he was ready to play some basketball needless to say,” the Facebook post read. 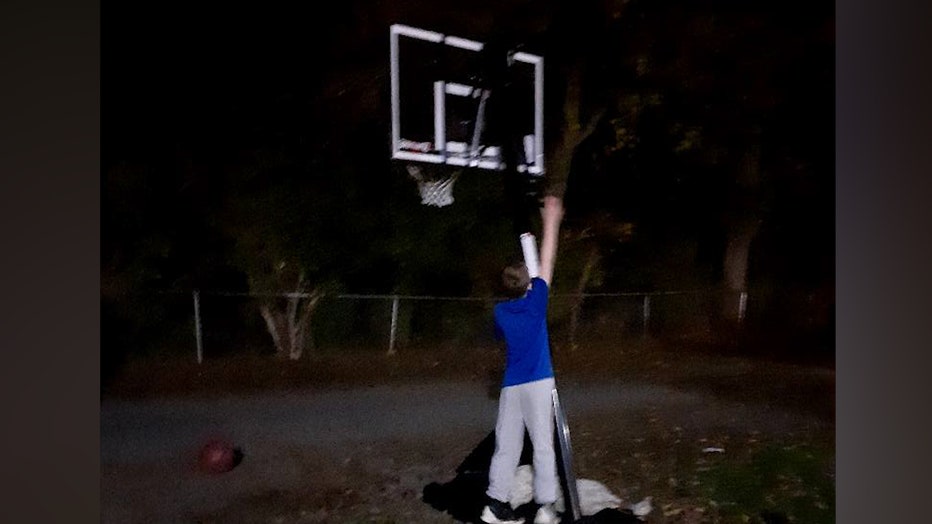 Elijah playing with his new hoop and basketball. (Credit: Coledo Wheeler via Storyful).

“What an awesome amazing thing that she did for him out of pure kindness. There are very much still good people in the world,” Wheeler continued in her post.

Wheeler also added an update to her original post that stated Aubrey returned once more with sandbags to fill the hoop to weigh it down.