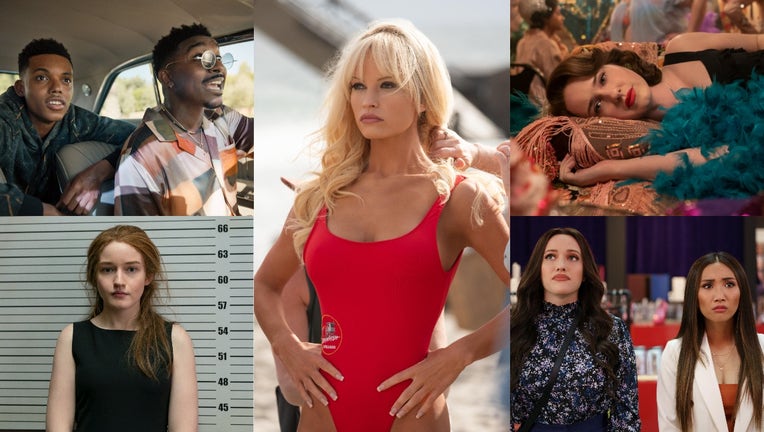 CHICAGO - While winter used to be something of a deadzone for new TV shows, it’s now the home of buzzy, star-studded dramas. Seth Rogen, Joseph Gordon-Levitt and Christopher Walken are just a few of the famous faces you’ll see on your screens in February. Uma Thurman alone has two different TV shows premiering this month!

There are also new thrillers, the long-awaited return of "The Marvelous Mrs. Maisel" and a dramatically re-imagined take on "The Fresh Prince of Bel-Air."

Here’s what’s headed your way on streaming TV in February. 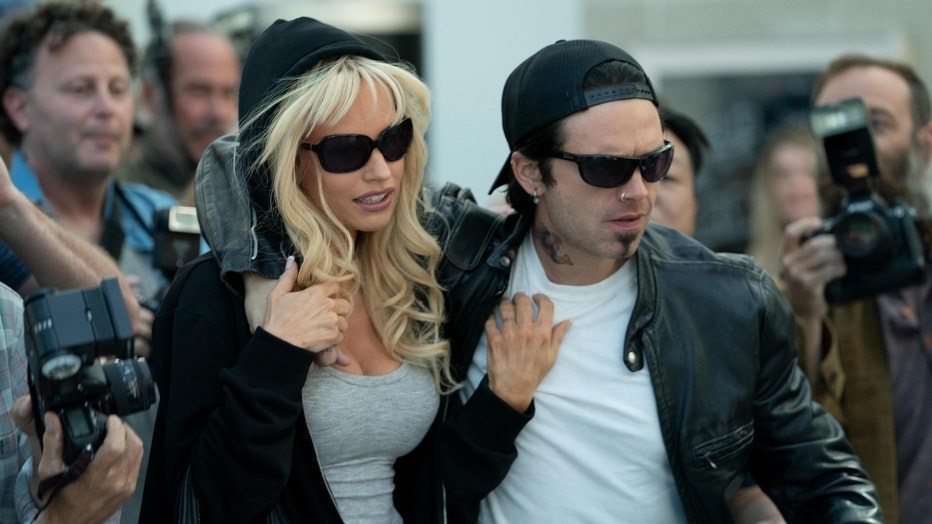 Pam & Tommy -- Set in the Wild West early days of the Internet, "Pam & Tommy" is based on the incredible true story of the Pamela Anderson (Lily James) and Tommy Lee (Sebastian Stan) sex tape. Stolen from the couple’s home by a disgruntled co

From "I, Tonya" director Craig Gillespie comes another reclamation of ’90s tabloid fodder: The story of "Baywatch" starPamela Anderson, Mötley Crüe drummer Tommy Lee and the public release of their private sex tape. Lily James and Sebastian Stan star as the titular figures, alongside Seth Rogen, who also developed the project with his producing partner Evan Goldberg. Anticipation has been high for this one since early photos captured James and Stan as uncanny doppelgängers for the infamous ’90s celebrity couple. Now all that remains to be seen is where the show falls on the line between trashy fun and thoughtful cultural reevaluation. 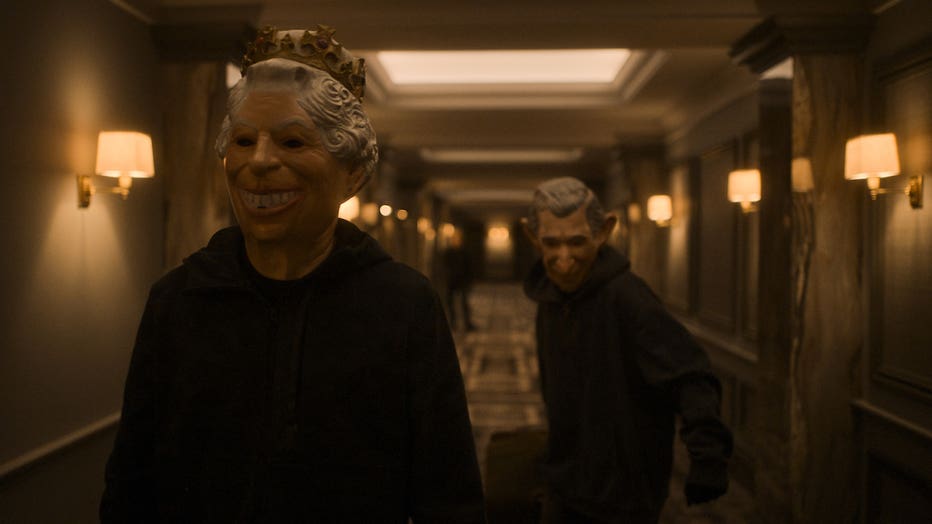 A still from "Suspicion" (Apple TV+)

Based on an Israeli thriller series, "Suspicion" stars Uma Thurman as an American media mogul whose son is kidnapped at a hotel. When the London police publically identify two men and two women as potential suspects, these four seemingly ordinary people have their lives turned upside down. But are they actually innocent? Is this all some big set-up? Or do they have more secrets than they’re letting on? Apple TV+ hopes this heart-pounding whodunit will heat up your winter.

WATCH: Uma Thurman in "The Accidental Husband," streaming for free on Tubi 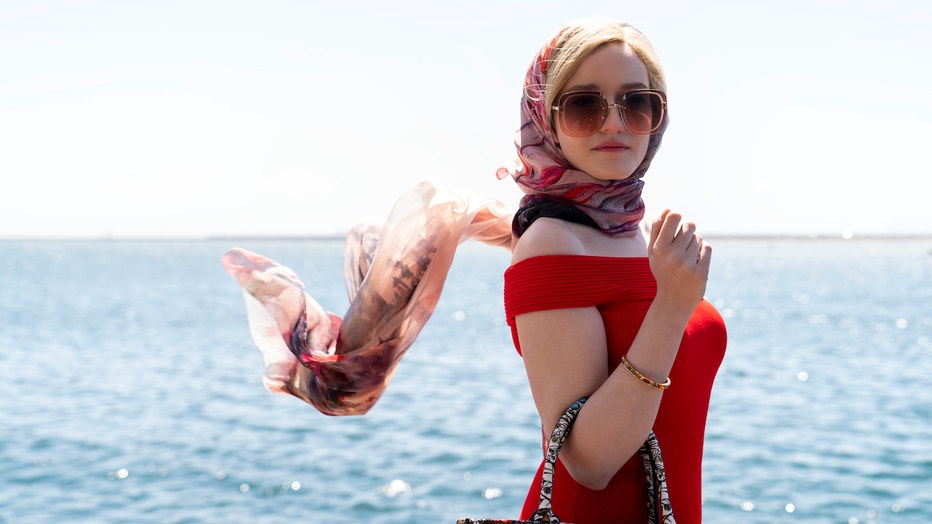 Netflix’s buzzy new series comes with an impressive pedigree: It was created by the master of soapy TV herself, Shonda Rhimes. More "Scandal" than "Bridgerton," "Inventing Anna" tells the stranger-than-fiction real-life story of Anna Sorokin a.k.a. Anna Delvey, a Russian-born German woman who defrauded New York’s rich and famous by posing as a wealthy socialite. "Ozark" star Julia Garner plays the titular con-artist while Anna Chlumsky is on hand as the journalist digging into her story. As the show’s tagline goes: "This story is completely true. Except for the parts that are totally made up." 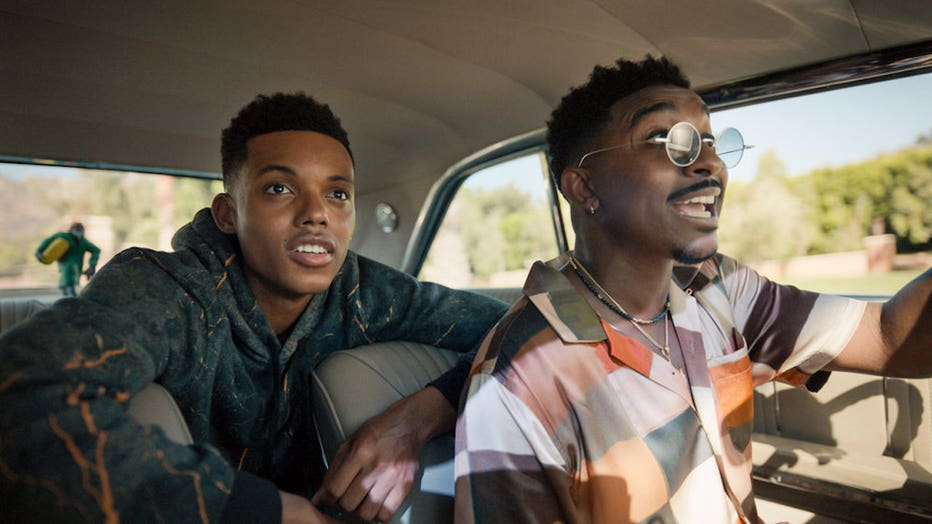 Now this is a story all about how a show got flipped-turned upside down. Believe it or not, the latest bit of pop culture to get a "dark and gritty" reboot is none of than "The Fresh Prince of Bel-Air," the iconic ‘90s sitcom that made Will Smitha star. The whole thing started as a fan made YouTube trailer, which caught the eye of Smith (himself a YouTube aficionado) and improbably became a 10-episode, hour-long drama on Peacock. Will this unusual genre experiment be a bizarre misfire or two tastes that go better together? Tune in to find out.

WATCH: Will Smith in "Focus," streaming for free on Tubi 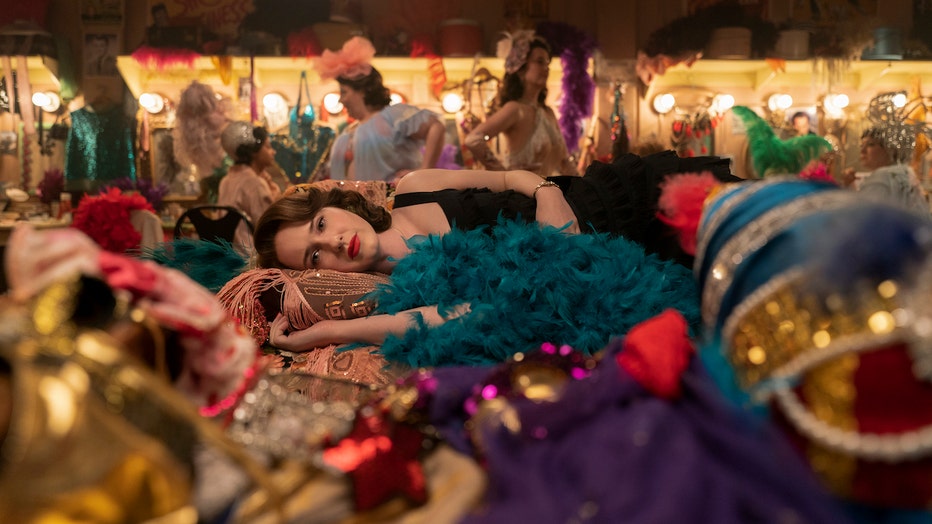 It’s been over two years since Midge Maisel last graced our Prime Video screens in a season that ended on a somber note. But the perky, ambitious comedian isn’t one to let a major career setback get her down. So "Mrs. Maisel" is back with all the stylish, zippy period fun that has made this show such a fan favorite. Season four kicks off in 1960, where Midge is searching for the creative freedom of a headlining gig rather than the limitations of being an opening act. And she’ll do whatever it takes to climb her way up—even if that means changing the whole comedy business along the way. 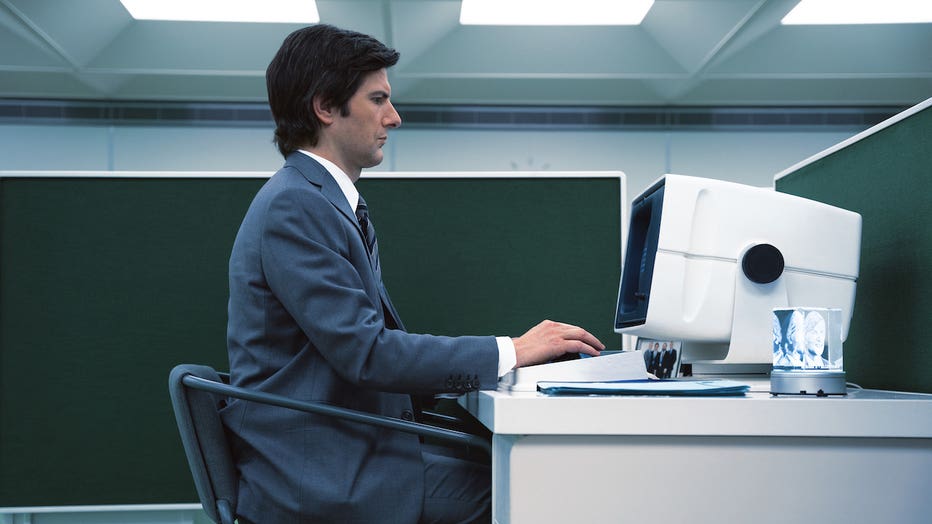 While Ben Stiller may be known first and foremost as a comedic actor, he’s also a reliably solid director too. With beloved comedies like "Reality Bites," "Zoolander" and "Tropic Thunder" under his belt, he delivered something decidedly more dramatic with the 2018 prison escape limited series "Escape at Dannemora." Now he’s back in the director’s chair (alongside Irish director Aoife McArdle) with this AppleTV+ sci-fi thriller. "Severance" stars Adam Scott as an employee at a company that has the ability to surgically divide their employees’ work memories and their personal ones—creating the ultimate solution to the problem of work/life balance. But something more nefarious might be at play too.

WATCH: Ben Stiller in "The Royal Tenenbaums," streaming for free on Tubi

From (streaming on Epix starting Feb. 20) 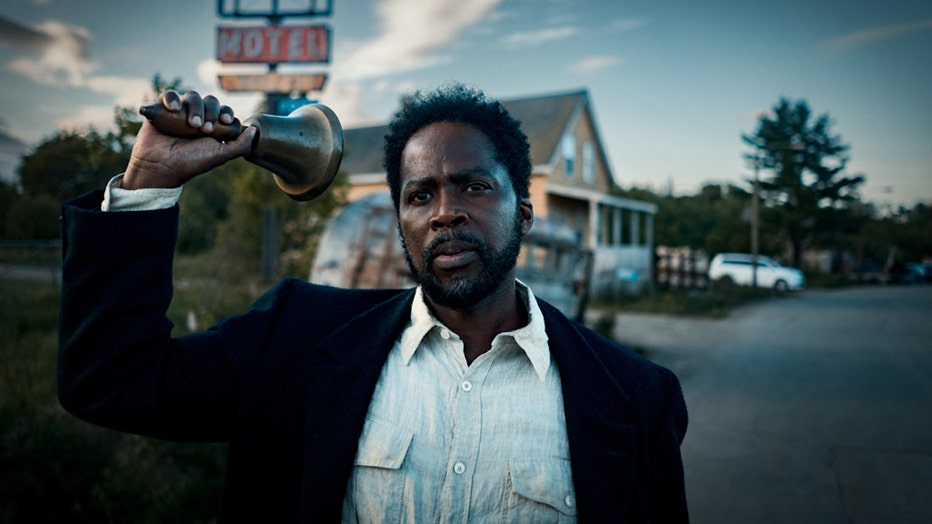 Harold Perrineau in "From." Photo: Epix.

If spooky small town horror is your thing, look no further than "From," the new Epix series executive produced by MCU stalwarts the Russo brothers. When a vacationing family get lost on a detour they find themselves in a rundown town they’re unable to leave. It turns out that’s how all the town’s residents found themselves stuck inside its nightmarish borders. "Lost" star Harold Perrineau leads the show’s ensemble cast as the grizzled sheriff trying to keep things in order as monsters come to haunt the residents at night. 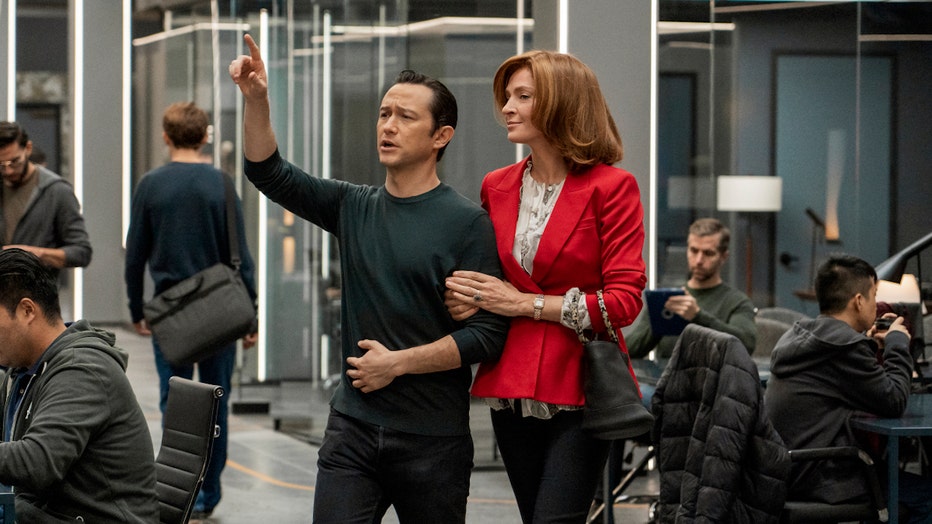 If you’re looking for a wild ride (pun intended), tune in to this star-studded new series about the ride-sharing company Uber. Joseph Gordon-Levitt plays Travis Kalanick, the controversial founder and CEO who had a rollercoaster rise and fall with the Silicon Valley company. Billed as being based on the "wild, loud, cocky, shady, reckless, excessive, ridiculous, damaging, outrageous" true story, the show hails from "Billions" co-creators Brian Koppelman and David Levien, and also features Kyle Chandler as tech dealmaker Bill Gurley and Uma Thurman as Arianna Huffington. It’s the first of what Showtime hopes will be an ongoing "Super Pumped" anthology series, with each season focused on a different company that rocked the business world and reshaped culture.

On Feb. 4, Prime Video debuts "Phat Tuesdays," a three-part docuseries that explores how comedian Guy Torry launched a hugely influential all-Black comedy night at the Comedy Store in the ’90s.

Plus Netflix debuts the "Vikings" spin-off "Vikings: Valhalla" on Feb. 25.

Will Arnett solves crimes with celebrity partners who haven't been given a script in Netflix's "Murderville," premiering Feb. 3 — but can he solve the mystery of why people sign up to do Netflix's reality hit "Love is Blind," which returns for a second baffling season on Feb. 10?

And that's just the tip of the iceberg. Watch for our coverage all month long.

Battlestar Galactica (2004-2009): One of the very best contemporary space operas came into being as an oddball TV reboot (you can stream the original series for free, too). Three Emmys, many Cylons and one devoted fandom later, it’s regarded as a soon-to-be classic, anchored by great performances from Edward James Olmos, Mary McDonnell, Grace Park, Katee Sackhoff, James Callis and the incredible Tricia Helfer, among others. So say we all. 74 episodes.

Caroline Siede is a film and TV critic in Chicago, where the cold never bothers her anyway. A member of the Chicago Film Critics Association, she lovingly dissects the romantic comedy genre one film at a time in her ongoing column When Romance Met Comedy at The A.V. Club. She also co-hosts the movie podcast, Role Calling, and shares her pop culture opinions on Twitter (