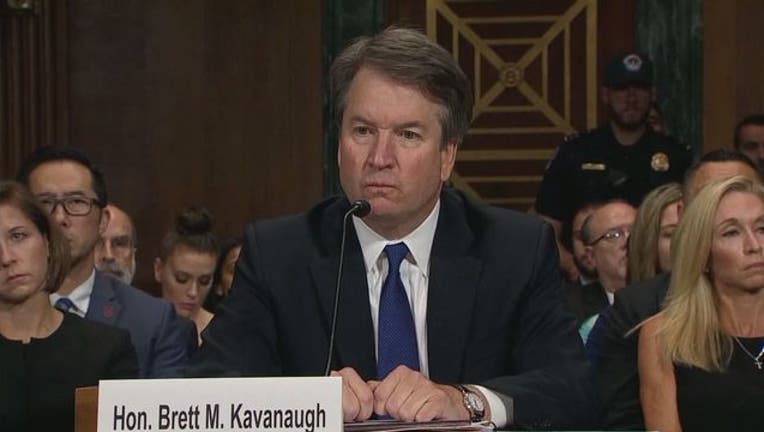 WASHINGTON (AP) -- The FBI has contacted Deborah Ramirez, who's accused Brett Kavanaugh of sexual misconduct when he was a Yale student, as part of the bureau's investigation of the Supreme Court nominee, her attorney said Saturday.

Ramirez's lawyer, John Clune, said agents want to interview her and she has agreed to cooperate. Ramirez has said Kavanaugh exposed himself to her at a party in the early 1980s when they were Yale students.

Senate leaders agreed to delay a final vote on Kavanaugh's nomination to allow for a one-week FBI investigation. The Senate Judiciary Committee has said the probe should be limited to "current credible allegations" against Kavanaugh and be finished by next Friday.

The FBI conducts background checks for federal nominees, but the agency does not make judgments on the credibility or significance of allegations. The investigators will compile information about Kavanaugh's past and provide their findings to the White House and include the information in Kavanaugh's background file, which is available to senators.

Kavanaugh and another of his accusers, Dr. Christine Blasey Ford, who says Kavanaugh sexually assaulted her when both were teenagers, testified publicly before the Judiciary Committee on Thursday.

MORE: A look at what the FBI's Kavanaugh investigation will entail | Arizona Sen. Jeff Flake a `yes' on Kavanaugh, in a big lift

Kavanaugh's high school friend Mark Judge, who Ford says was in the room when a drunken Kavanaugh sexually assaulted her, said that he will cooperate with any law enforcement agency that will "confidentially investigate" sexual misconduct allegations against him and Kavanaugh. Judge has also denied Ford's allegations.

Lawyers for P.J. Smyth and Leland Ingham Keyser, two others who Ford said were in the house when she was attacked, have said their clients are willing to cooperate "fully" with the FBI's investigation.

A third woman, Julie Swetnick, accused Kavanaugh and Judge of excessive drinking and inappropriate treatment of women in the early 1980s, among other accusations. Kavanaugh has called her accusations a "joke" and Judge has said he "categorically" denies the allegations.

Swetnick's attorney, Michael Avenatti, said Saturday afternoon that his client had not been contacted by the FBI but is willing to fully cooperate with investigators.