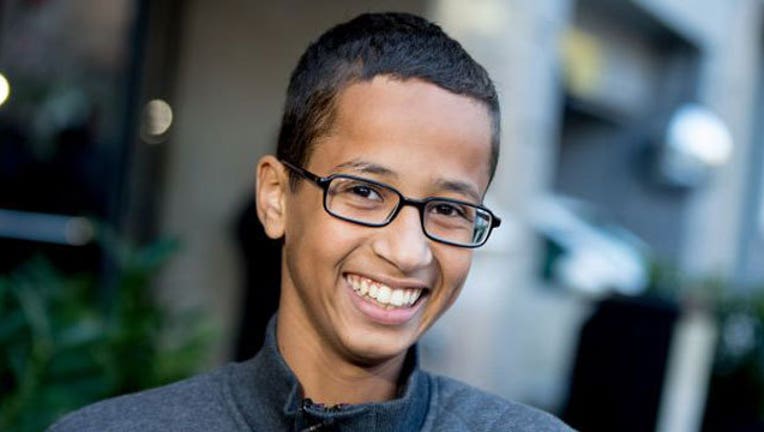 The father of a Muslim boy arrested after taking a homemade clock to his Dallas-area school has sued conservative commentator Glenn Beck and Irving, Texas, Mayor Beth Van Duyne claiming they and others falsely portrayed the family as terrorists, court documents show.

Mohamed Mohamed filed the defamation lawsuit Sept. 21 in Dallas on behalf of himself and his 14-year-old son, Ahmed.

The suit also names Fox Television Stations and commentators Ben Shapiro and Ben Ferguson as defendants. It cites Shapiro's Oct. 19, 2015, appearance on Fox News' "The Kelly File," in which he said, "The story didn't hold water from the beginning. Within the first 48 hours it was clear that this was a bit of a set-up and it was clear that the story didn't hold together."

The lawsuit also claims Ferguson said, "This was a pre-planned idea by his father," during a Nov. 23, 2015, appearance on Fox 4 News in Dallas.

The lawsuit seeks retractions, a jury trial and unspecified damages.

The teen was arrested in September 2015. A charge of having a hoax bomb was later dropped.