Father of Arturo Solis agrees with police chief about gun

HOUSTON - "Make up your minds whose side are you on gun manufacturers the gun lobby or the children getting gunned down in this country every single day," said Houston Police Chief Art Acevedo.

Houston's top cop is right on the money about too many guns in the wrong hands, says Roberto Solis.

"I can't believe my kid killed somebody," Solis said.

Police Chief Art Acevedo speaks out after Sgt. Chris Brewster is killed by man who was abusing girlfriend

The Houston Police Department is mourning the loss of one of their own after Sergeant Christopher Brewster was killed in the line of duty. Police say Sgt. Brewster was responding to a domestic call on Saturday in east Houston. A woman had reported that her boyfriend was assaulting her. When Brewster saw the victim and the suspect walking he got out of his car and the suspect shot at him several times. He was taken to the hospital where he later died. Now just two days after Sergeant Brewster was shot, Police Chief Art Acevedo is speaking out and calling on lawmakers to make a change on gun legislation.

"I'm on parole and I can go get one if I want one easily," Roberto Solis said. "I can just walk down the street and get one. That's how easy it is to get one around here."

Arturo Solis, a convicted felon, apparently had no problem getting his hands on one. 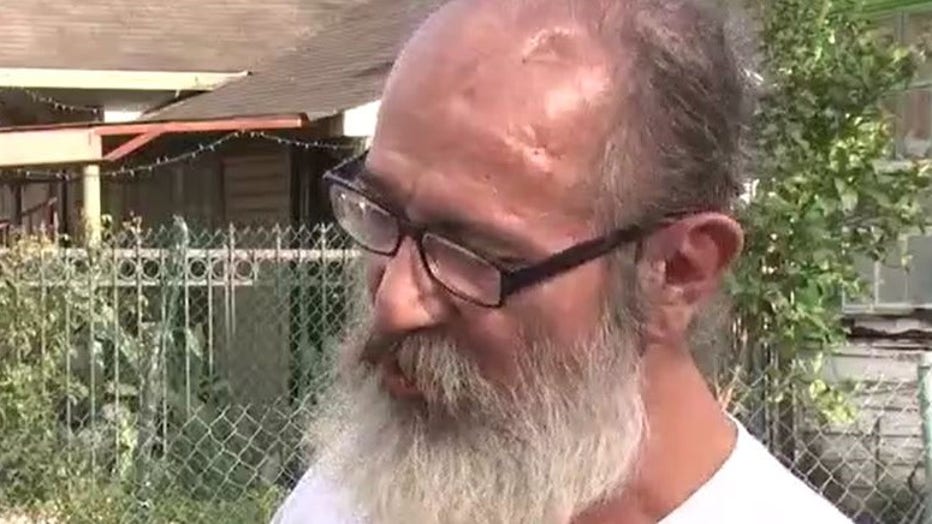 "We need more stricter gun rules," Solis said. "If you're caught with a gun not registered to you something has to be done about that."

"I met Alturo at Milby High School," said a woman, who asked that we not identify her.

"I didn't know he was abusive to women. He grew up in the church like I did," she said.

"I'm not coming out of this nightmare," Solis said. "I love my son. My son is gone.

"We both lose its a tragic situation because there's too many guns on the street," he said.