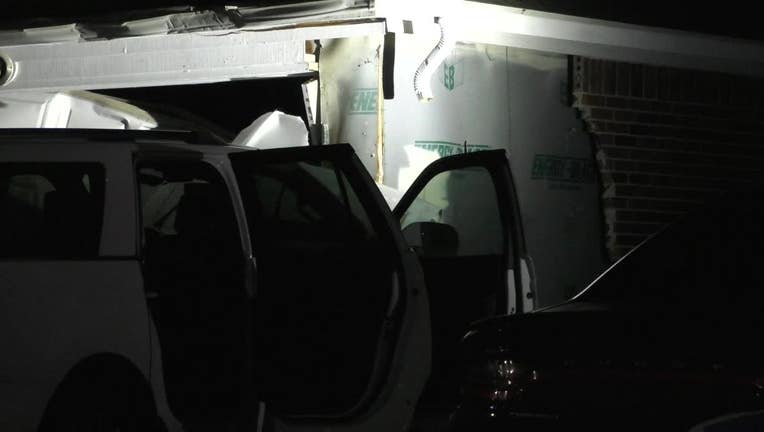 The Harris County Sheriff's Office investigates a shooting and a crash near Safe Harbour and Signal Hill Drive.

FRIENDSWOOD, Texas - The Harris County Sheriff’s Office says a driver died after he was shot and then crashed his SUV into a home near Friendswood.

Authorities initially responded to a report of a crash in the 3200 block of Signal Hill Drive near the intersection with Safe Harbour around 10:20 p.m.  Wednesday.

It was then discovered that the driver, a man believed to be in his 40s, had been shot at least once.

He was taken to the hospital, where he was pronounced dead.

Deputies began looking for the location where he was shot and located shell casings in the roadway a short distance away.

Authorities believe the man was shot on Safe Harbour and then drove down the road before crashing into a mailbox, a parked car and the garage of the home.

No injuries were reported by anyone inside of the home.

Deputies were canvassing the area for possible surveillance video or witnesses to the shooting.