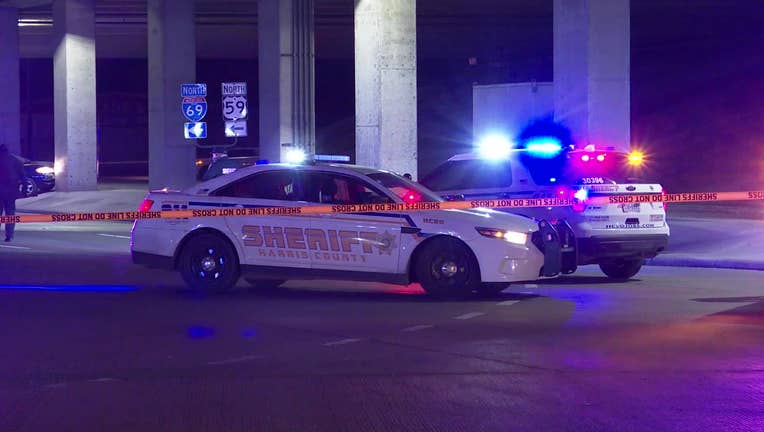 The Harris County Sheriff's Office investigates a deadly shooting at the intersection of Aldine Bender and the Eastex Freeway.

HOUSTON - Authorities say a man died after he was shot while stopped at a traffic light in northeast Harris County.

The shooting occurred at the intersection of Aldine Bender and the Eastex Freeway around 1:17 a.m. Monday.

The sheriff’s office says witnesses reported that a red Mustang was alongside the man’s car. Deputies say both cars were stopped at the light, several shots were fired and then both cars proceeded through the light.

According to deputies, the man crashed into a pillar under the overpass, and the Mustang continued westbound on Aldine Bender.

The man who crashed died at the scene. He was the only person in the car.

Anyone with information that can help investigators is asked to call the Harris County Sheriff's Office Homicide Unit at 713-274-9100.