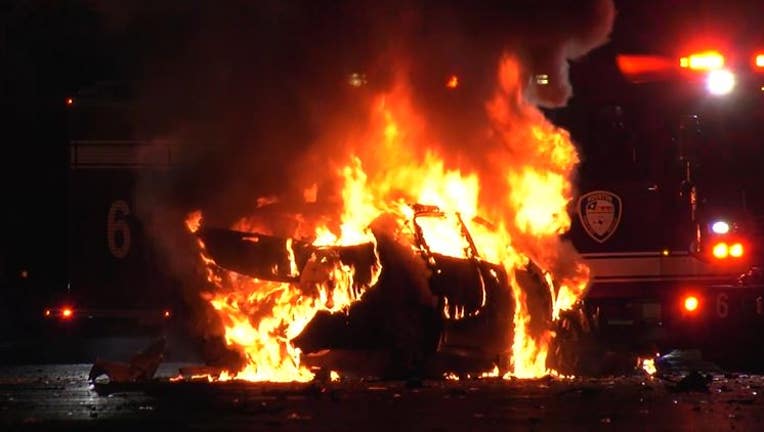 HOUSTON - Authorities said a driver was killed overnight Monday after they were hit by a hit-and-run driver in west Houston, causing their vehicle to go up in flames.

It happened in the 6000 block of Katy Freeway going westbound a little after 2:30 a.m. when police said an unidentified driver in a blue Chevrolet Impala hit the back of a gray "Fruehauf trailer." 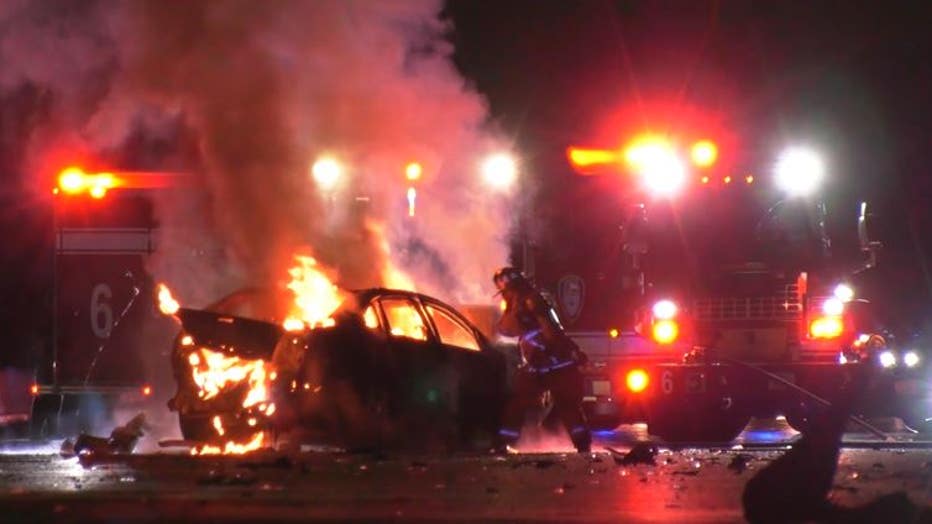 However, investigators with the Houston Police Department said in a press release, "rear end damage to the Impala indicates it was struck from behind by an unknown vehicle whose driver fled the scene without stopping to render aid."

The impact from that crash caused the Impala to catch fire and get fully engulfed by the flames, killing the driver inside. 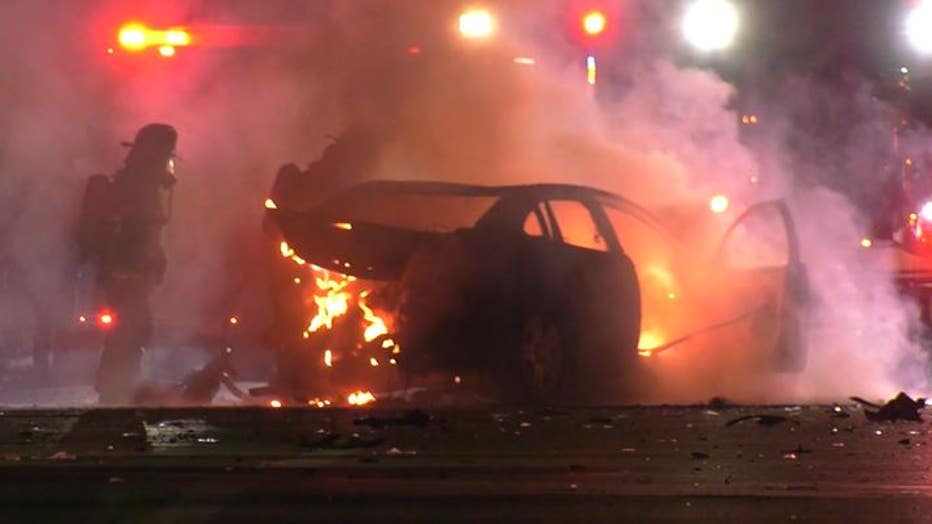 Police are asking anyone with information regarding the crash or the hit-and-run driver involved to call them at 713-247-4072 or Crime Stoppers at 713-222-TIPS.