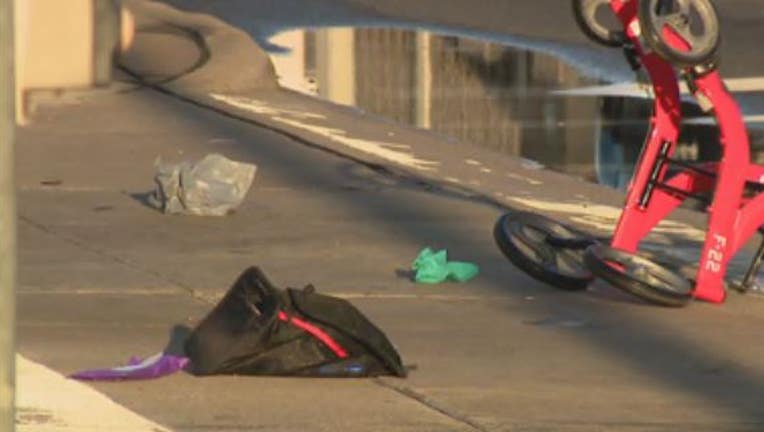 Houston police say a man pushing a walker was struck by a car while crossing Westheimer Road.

HOUSTON - A driver struck a man who was pushing a walker in a crosswalk and then carried his body down the road for about a mile, Houston police say.

Authorities are searching for the driver in the hit-and-run crash that occurred around 5:15 a.m. Friday on Westheimer Road at Lazy Hollow Drive.

Police say the 68-year-old man was using a walker to cross south on Westheimer Road when he was struck in the crosswalk by the vehicle. It’s not known what the traffic signal was at the time, but police believe the driver was speeding based on the catastrophic injuries to the pedestrian.

According to HPD, the driver carried the man’s body for about a mile,, near Locke Lee Lane, but the man’s lower extremities were found near the initial crash scene.

Anyone with information on the wanted driver or vehicle in this case is urged to contact the HPD Hit and Run Unit at 713-247-4072 or speak anonymously with Crime Stoppers at 713-222-TIPS.