How to adjust to daylight saving time

Daylight saving time can wreak havoc on your internal clock.

The time has come again for daylight saving time (DST), the one-hour clock adjustment observed by most of the United States that leaves many Americans feeling, well, tired.

This year, daylight saving time happens in the early morning hours of Sunday, March 13 in U.S. states except for Hawaii, American Samoa, Guam, Puerto Rico, the Virgin Islands and Arizona (with the exception of the Navajo Indian Reservation).

Other countries observe this time change as well, though many mistakenly think of it as uniquely American. 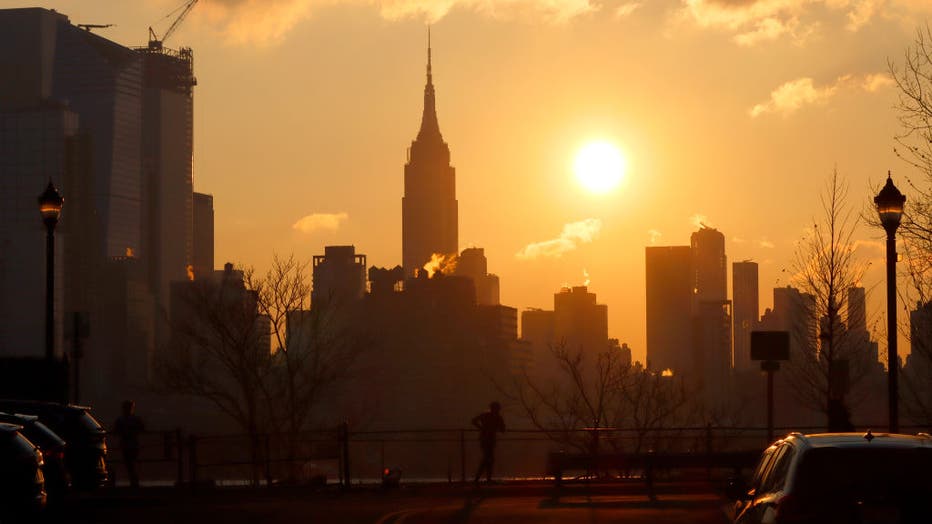 The sun rises behind the Empire State Building in New York City on March 2, 2022, as seen from Hoboken, New Jersey. (Photo by Gary Hershorn/Getty Images)

Every year, renewed calls to permanently get rid of the more-than-100-year-old practice surface in the weeks leading up to the change. Here is a look at daylight saving time’s history:

What is daylight saving time?

The "Spring Forward" clock shift occurs each year at 2 a.m. on the second Sunday in March — or March 13 in 2022. "Falling Back" occurs on the first Sunday in November.

The new shift means the dawn's early light will break through later than it has during the months of standard time and the twilight's last gleaming will extend deeper into the evening.

While the one-hour shift in time may seem minute, it can still cause sleep disruptions for some people and lead to a reduced quantity and quality of sleep.

In 2019, more than 2,000 adults in the U.S. were asked how tired they felt after daylight saving time was initiated, and 55% of respondents said they felt extremely or somewhat tired.

How did daylight saving time start?

According to the U.S. Department of Commerce, DST started in the U.S. in 1918 as a way to create more sunlit hours when the weather is the warmest.

During the long days of summer, the sun rose in some northern regions between 4 and 5 a.m., when most non-farmers were asleep. Sunset happened before 8 p.m. and people turned on lights. By moving the clocks ahead an hour, backers believed the country could divert a bit of coal-fired electricity to the military instead of using it for an hour of home power. It was again adopted in World War II.

After each war, Congress rescinded the national laws, but many people liked the extra hour of sunshine at the end of summer days, so some states and even cities observed daylight saving time while others kept standard time year-round.

By 1966, airlines and other clock-watching businesses became tired of such quirks and pushed Congress to pass the Uniform Time Act. It codified daylight saving time, although it has been periodically modified, particularly the start and end dates.

Ultimately, the goal of DST has been to conserve energy with more daylight during the hours when most people are active, although some studies have found little energy savings.

RELATED: Daylight saving time 2022: How to prepare your body for the time change

Daylight saving time, or DST, was formally introduced in the U.S. in 1918 during World War I.

Will US get rid of daylight saving time?

Last year, U.S. Sen. Marco Rubio renewed his call for the entire nation to save daylight all year round. It would have made daylight saving time permanent across the country. Several other states have voiced their support or opposition to daylight saving time. But any change can’t take effect unless Congress changes federal law.

At least seven state legislatures have backed asking Congress to allow year-round daylight saving time in the past few years — and about 60% of California voters supported a ballot proposition in 2018 calling for such a move.

A 2019 survey from the Associated Press-NORC Center for Public Affairs Research showed 4 in 10 Americans would like to see their clocks stay on standard time year-round, while about 3 in 10 prefer to stay on daylight saving time. About another 3 in 10 prefer what is the status quo in most of the United States, switching back and forth between daylight saving time in the summer and standard time in the winter.

The AASM conducted a survey in July of 2,007 adults in the U.S., asking if they would support the elimination of daylight saving time.

According to the survey, 63% supported eliminating seasonal time changes and were in favor of a national, fixed, year-round time.

Additionally, a poll conducted by the Associated Press in 2019 found that 7 in 10 Americans prefer not to switch back and forth to mark daylight saving time.

The FOX TV Digital Team and the Associated Press contributed to this story.