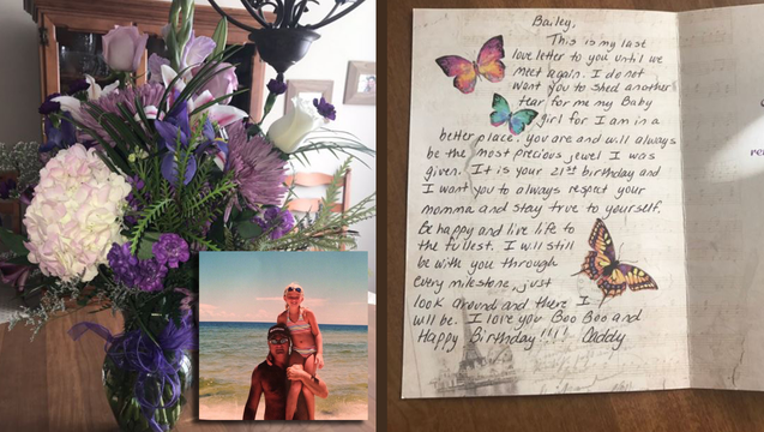 STORYFUL - Bailey Sellers’ father Mike died from cancer when she was 16, but before he passed away, he organized to have flowers delivered to her on her birthday every year, as well as a card.

Sellers marked her 21st birthday recently in the same way, only this time, her father indicated this it would be his last “love letter” to her. In the letter, her father said she will always be his “most precious jewel” and that he will be with her at every milestone in her life and said “just look around and there I will be.”

Sellers shared a photo of the card and flowers on Twitter, where her post racked up over 250,000 retweets and favorites in less than 24 hours. In the tweet, Sellers said: “This is my 21st birthday flowers and the last. Miss you so much daddy. 💜” She also thanked others for their kind words after she shared the photographs.