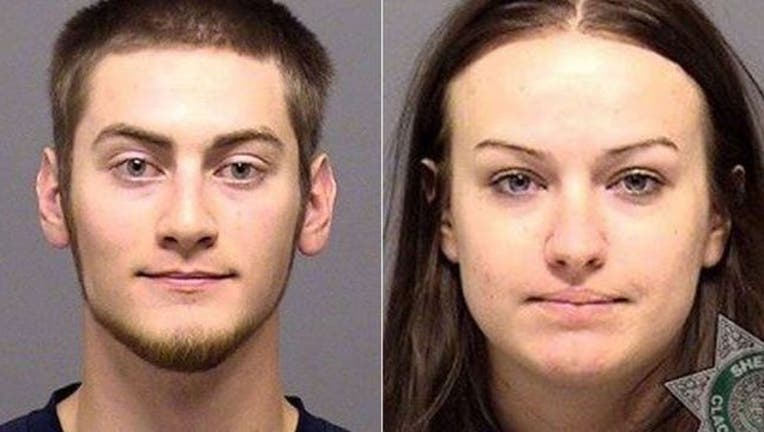 PORTLAND, Ore. (AP) - Two members of an Oregon church that shuns traditional medicine in favor of prayer and anointing the sick with oils were arrested Monday in the death of their premature baby.

Sarah Mitchell, 24, and Travis Lee Mitchell, 21, are accused of murder and criminal mistreatment. They have been under investigation since March, when Sarah delivered twin girls at her grandparents' home. One of the babies had breathing problems and died a few hours later.

The couple are members of the Followers of Christ Church, which embraces faith healing.

Several members have been convicted of crimes for failing to seek medical care for their children, including Sarah Mitchell's sister and brother-in-law. The deaths prompted Oregon lawmakers in 2011 to remove faith healing as a legal defense in murder and manslaughter cases.

It was not immediately clear if the Mitchells had attorneys. Relatives hung up the phone when contacted Monday.

Oregon's chief medical examiner, Karen Gunson, said in March that the baby named Gennifer was several weeks premature and her lungs were too underdeveloped to allow her to breathe unassisted for long.

Authorities said the birth was attended by three midwives, family members and other church members. No one called 911 when Gennifer struggled to breathe.

A deputy medical examiner responding to a call about the death noticed the surviving twin, Evelyn, also was struggling to breathe. Law enforcement persuaded the parents to get her medical treatment, and Evelyn survived.

The church, which operates in Oregon and Idaho, has about 1,000 members and is rooted in Pentecostalism, although it is not affiliated with any denomination. Members believe in a literal translation of the Scripture, which states that faith will heal all and if someone dies, it is God's will.

The church drew criticism in 1998 after The Oregonian newspaper analyzed the deaths of 78 children buried in the church's graveyard since 1955. At least 21 could have been saved by medical intervention, the newspaper found