HARTFORD, Conn. - Beginning on July 1, Connecticut will be the first state to offer baby bond trusts in an attempt to close the "racial wealth gap," according to a state treasury news release.

Individuals who use Husky Health, Connecticut’s version of Medicaid, will be eligible for the state’s Baby Bond Trust Program which gives children who are living in low-income households a savings account which they can access once they turn 18.

State Treasurer Shawn T. Wooden championed House Bill 6659 which "addresses long-standing economic and race-based wealth disparities by investing directly in children born into poverty to boost Connecticut’s economy," according to a March news release when the initiative was first introduced.

"One of the most effective ways to narrow the racial wealth gap and break the cycle of poverty is for the State to establish saving accounts that directly invest in children born into poverty," Wooden said in March. "By taking bold action now, we can change the life trajectories of thousands of Connecticut residents while also enhancing the economic trajectory of our State." 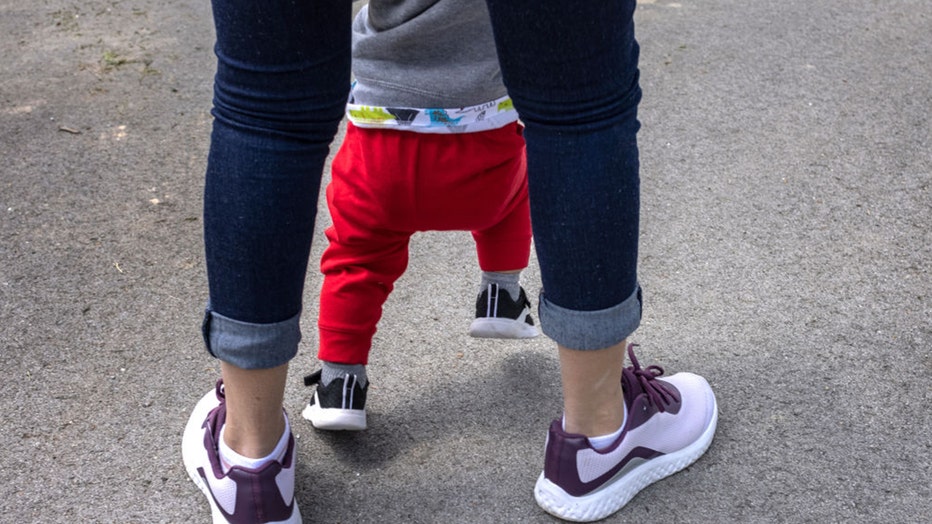 The $600 million baby bond trust will allow recipients to receive $3,200 which will be placed into a savings account that will eventually amount to nearly $11,000 once the child turns 18, according to the Hartford Courant.

The savings will be tax-exempt and the individual must collect the funds by the time they turn 30.

The bonds are funded through the state’s 2022-2023 State General Obligation bond package which was approved by the state Senate on June 9. The funds will allocate $50 million to the baby bonds per year for the next 12 years, according to a treasury news release.

Once funds are withdrawn, individuals must use them only in the state of Connecticut for either receiving a higher education, purchasing a home, starting a business or saving for retirement, according to the bill.

RELATED: Behind virus and protests: A chronic US economic racial gap

This is not the first time the concept of a baby bond has been presented to lawmakers.

In February, Congressional Democrats renewed their push for the American Opportunity Account Act.

Under the legislation, the federal government would provide every American child with a $1,000 savings account and would give an additional $2,000 every year depending on income.

The program would give up to $46,000 for children in the poorest families. Recipients could begin withdrawing money from their accounts at age 18, similarly giving them the money needed to spend on things like college, a down payment on a home or launching a small business.

The funds would sit in a federally insured account managed by the Treasury Department paying about 3% interest.

The U.S. has the highest level of income inequality compared to any other G7 nation, which some economists say could be worsened by the COVID-19 pandemic.

One-fifth of U.S. households in 2018 that earned more than $130,000 represented 52% of the nation's wealth, more than the other four-fifths combined, according to the Pew Research Center.

According to the most recent Federal Reserve statistics available, White families have an average of $171,000 in net worth – including savings, investments and home ownership. For Black families, it’s $17,600.

Economists say that closing the racial wealth gap would significantly benefit the nation as a whole. According to a 2019 McKinsey & Company report, wealth equity could raise U.S. GDP by $1.5 trillion within 10 years.

"The key to narrowing the racial health gap is to narrow the racial wealth gap," Michelle Williams, Dean of the Harvard T.H. Chan School of Public Health said in a statement. "The two go hand in hand, and we will all be the beneficiaries of a more equitable and just society."