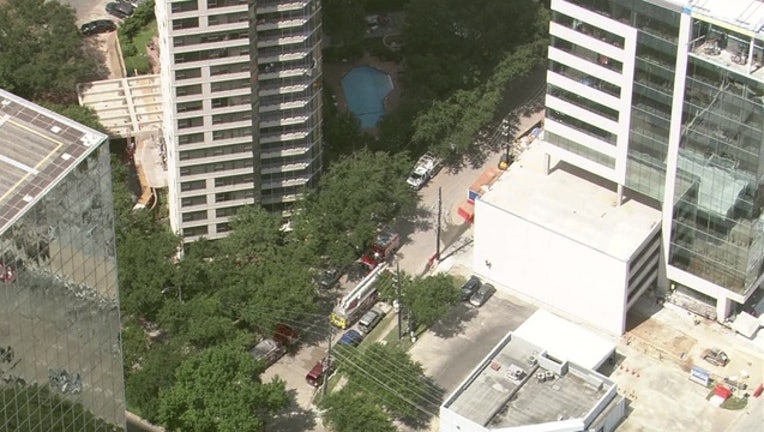 HOUSTON (FOX 26) - Several Houston Fire Department crews arrived to a burning building on Timmons Lane in the Greenway Plaza district of Houston during the late morning hours on Monday. When firefighters responded to the reported two-alarm fire, they learned the smoke that concerned building occupants was actually concrete dust.