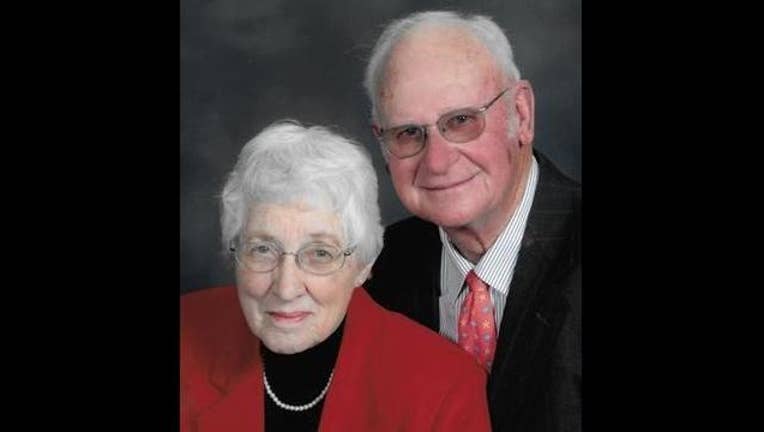 Family members of a South Dakota couple who died just minutes apart say the clock on the wall stopped running as the couple died.

Henry and Jeanette De Lange were married in 1953.  They had long and active lives.  Henry served in Korea in the U.S. Army, spent 40 years as a hog buyer and was active in the American Legion, volunteer fire department and church.

Jeanette raised the children but also worked for 15 years at the local hospital.  She was an organist at church and was active in Ladies Aid.

And that's when the clock stopped.

Son Lee De Lange told KSFY, "Amazing. A sign from God that was the right time."

The couple is survived by five children and nine grandchildren.

Funeral services for the couple were held Monday at the Platte Christian Reformed Church in Platte, South Dakota.