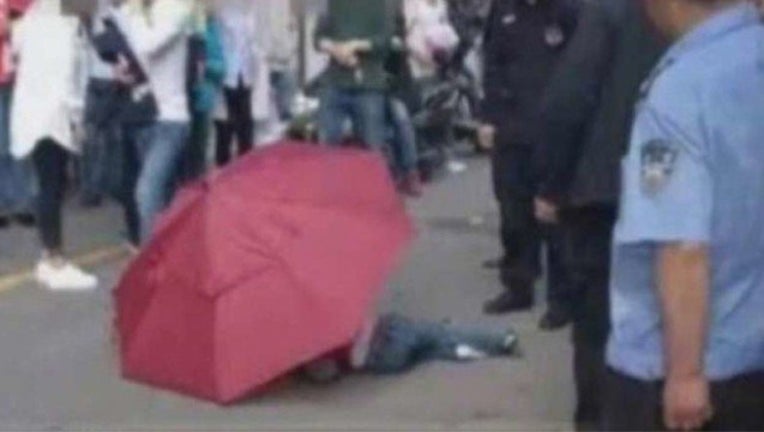 A child survived a ten story plummet from an apartment building after attempting to use an umbrella as a parachute after seeing something similar on a cartoon.

The seven-year-old's fall was broken by power lines, slowing his fall to the sidewalk below.

Images from social media showed the boy sprawled out on the ground as people ran to his aid.

It happened at an apartment in Suzhou, Jiangsu.  A woman, believed to be the boy's mother, collapsed at the scene.

According to local media reports, his injuries were serious, but not life threatening.