A driver led police on a chase, fired at them, flipped his car and then got taken down by a K9 officer in northwest Harris County.

HARRIS COUNTY, Texas - A man is in custody charged with capital murder after leading officers on a chase and firing shots at them in northwest Harris County.

It happened around 1 a.m. Friday when a Harris County Pct. 4 sergeant was attempting to pull a car over at the intersection of Cypress N Houston Road and Jones Road.

Instead of stopping, the driver took off and a pursuit ensued. The car reached speeds of 100 miles per hour. 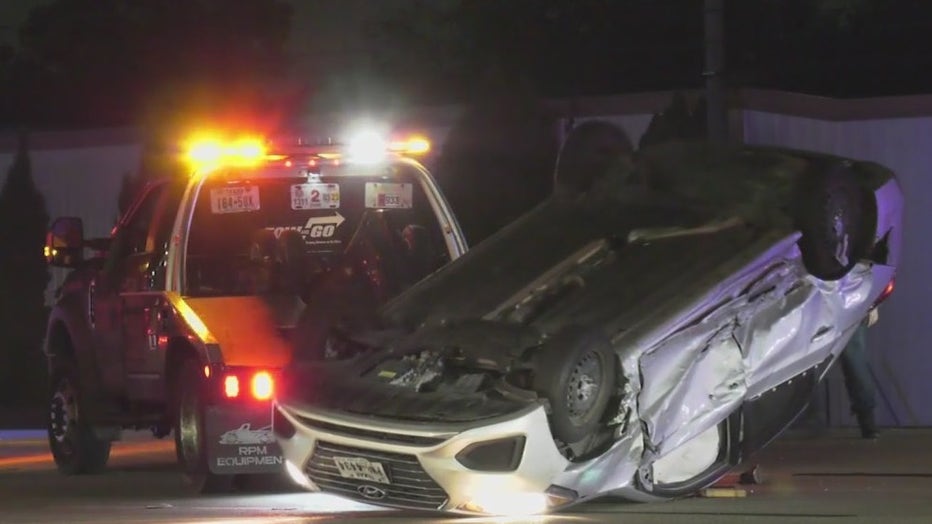 Then the driver then shot an automatic handgun out of his window at law enforcement while attempting to get onto Highway 249 from Grant Rd. Luckily no one was hit.

Constable deputies then backed off from the suspect and instead launched a DPS air unit to follow the driver.

The man eventually flipped his car after crashing into another vehicle at 249 and Antoine Dr.

Witnesses saw him get out with the handgun and run away.

A K9 and the DPS air unit helped locate the suspect in nearby woods, and eventually, Constable Canine Max nabbed him in a thick brush. 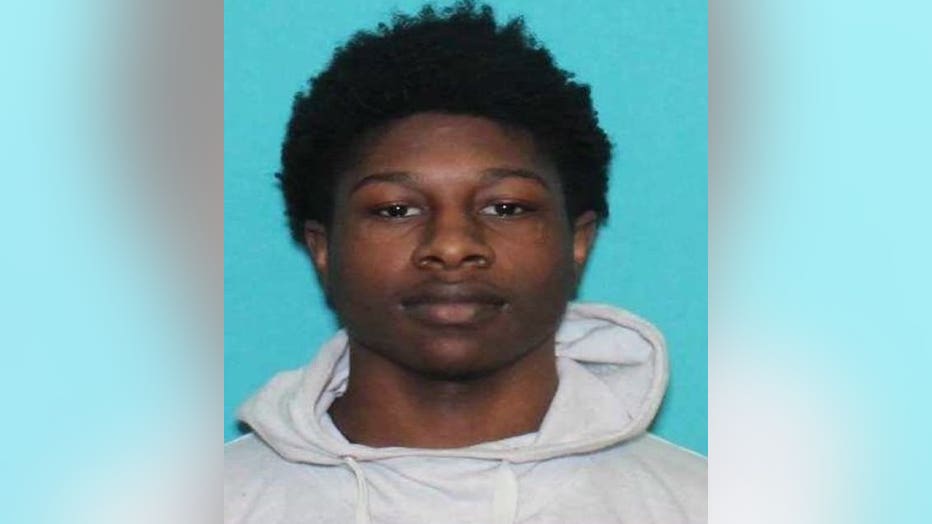 The suspect, identified as 22-year-old Jyquon Mackey, was transported to a hospital for dog bite wounds to his hands and genital area.

The occupants in the other vehicle suffered minor injuries.

Authorities say the Canine Max located the handgun, which had been illegally converted to be fully automatic, in a nearby ditch. 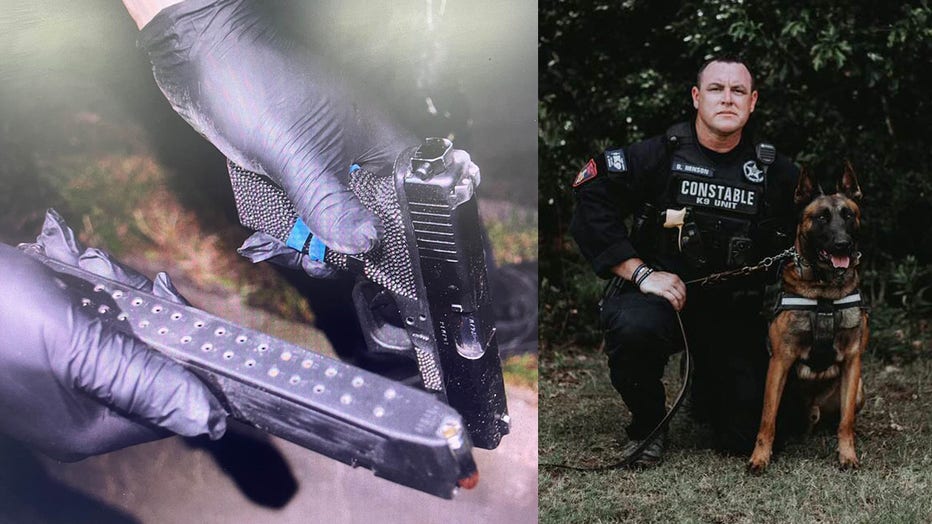 Upon further investigation, Precinct 4 says they discovered that the vehicle being operated by him was stolen.

He's being transported and booked into the Harris County Jail after he is released from the hospital.