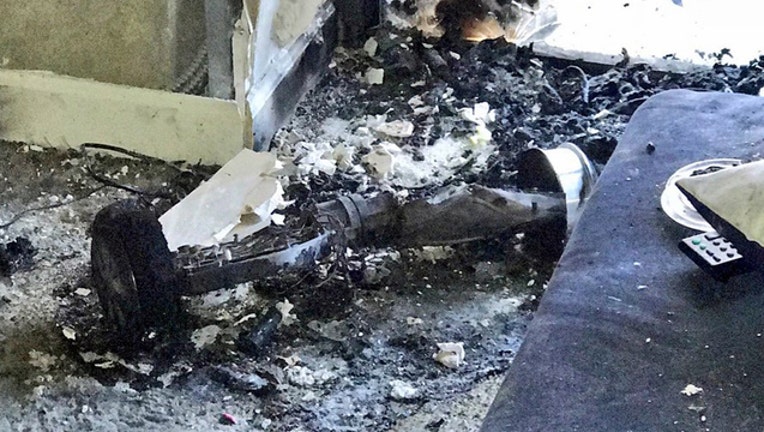 BETHESDA, Md. - Officials say a hoverboard is believed to be to cause of a Montgomery County apartment fire on Sunday.

Fire officials say the fire began at around 4 p.m. in a fifth-floor apartment at Metropolitan Apartments on Old Georgetown Road in Bethesda.

Montgomery County Fire says the blaze is believed to have come from an unknown malfunction from the hoverboard while it was charging.

Officials say the damage is estimated at $75,000 for the building and an additional $25,000 for belongings in the apartment.

Investigators say that while there was a smoke alarm activated, the flames and smoke did not create enough heat to trigger the apartment sprinkler system. They say the people in the apartment, three adults and two children, were displaced but were able to get out safely.