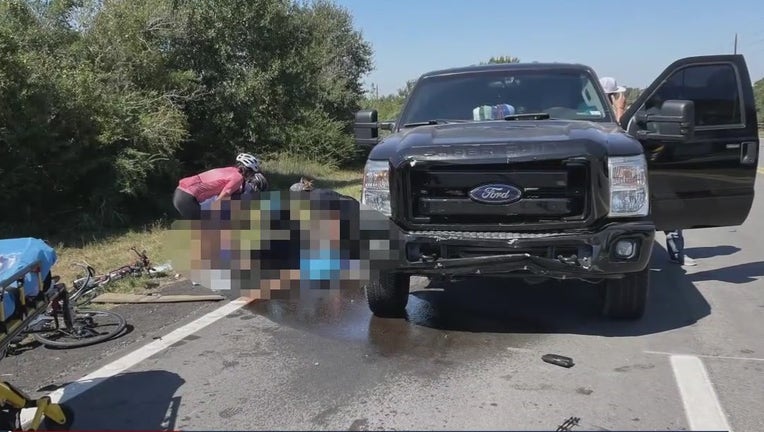 WALLER, Texas - The Waller County District Attorney is responding to the investigation where six cyclists were run over by a teen driving a pickup truck last month.

District Attorney Elton Mathis says there has been community speculation about the way the incident was handled, because of the driver's connections to Waller city officials.

But there is no evidence of a city official intervening.

On Saturday, six cyclists were hit by a pickup truck along old 290, roughly 2 miles west of Waller.  In total, four of the cyclists had to be taken to area hospitals, including 2 by helicopter.

However, Mathis says the case was not handled properly by the investigating agency.