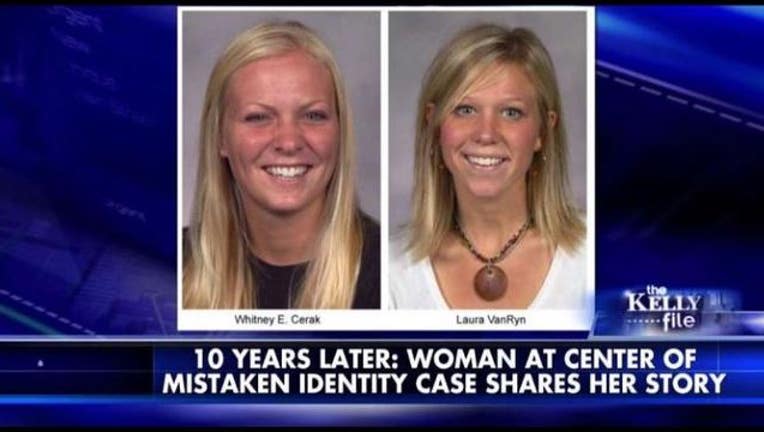 (FOX NEWS) - The woman at the center of a nightmarish case of mistaken identity spoke out on The Kelly File tonight, saying the ordeal has strengthened her Christian faith.

Just over ten years ago, responders at the scene of a horrific car crash in Indiana confused the identities of two college students who bore a striking resemblance.

18-year-old Whitney Cerak survived, but her friend Laura VanRyn did not. Whitney was placed in a helicopter with Laura's identification. While in a coma lasting five weeks, she was tended to by Laura's family and friends. They didn't recognize that she was not their daughter through the swollenness, tubes and bandages that distorted her face.

In the meantime, the Cerak family was so distraught that they never identified the body as Whitney's. They held a funeral for Whitney, but buried Laura's body.Whitney came out of her coma, and the truth was discovered. The VanRyn family mourned the loss of their daughter but rejoiced that the Ceraks still had theirs.