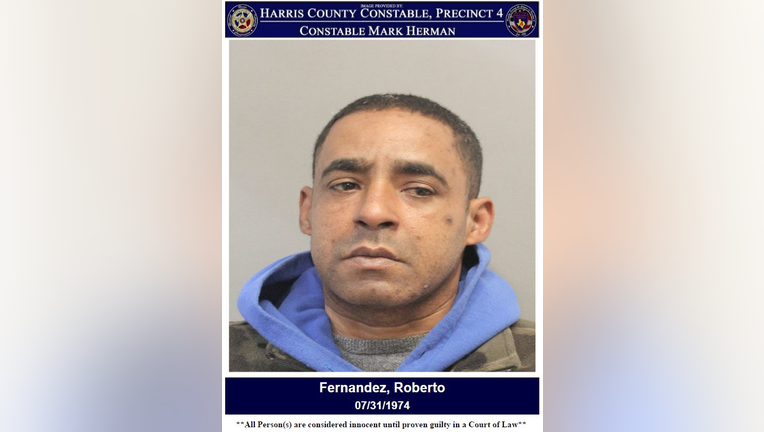 HARRIS COUNTY, Texas - An investigation into a car crash leads to a man with two felony warrants being arrested.

Earlier in the week, Harris County Constable Mark Herman's Office responded to a car accident in the 3100 block of Treaschwig Road in north Houston.

Officials investigated which led to identifying one of the persons involved being Roberto Fernandez. It was soon discovered that Fernandez had two Felony Warrants for sexual assault and theft.

According to Constable Mark Herman, Fernandez was arrested and booked into the Harris County Jail.

His bond for the Sexual Assault charge was set at $75,000, but the bond has not been set for the Theft charge.