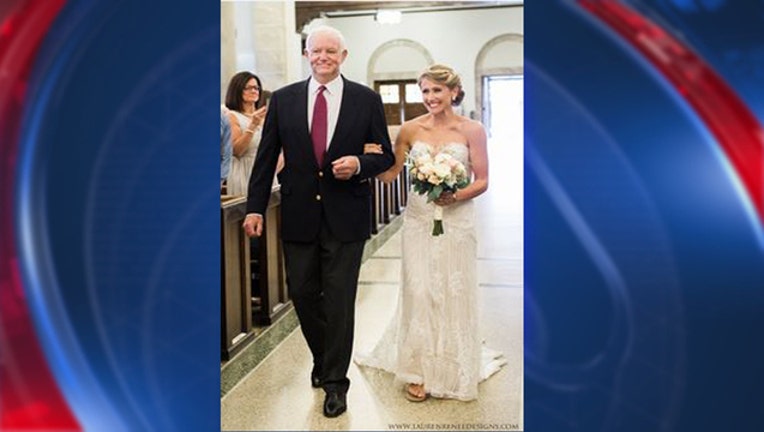 SWISSVALE, Pa. (AP) — A Pennsylvania woman who was married this weekend had her late father's spirit with her — and his heart.

Jeni Stepien was escorted down the aisle Saturday by the man who received her father's heart 10 years ago when her father was killed by a mugger. His organs were donated after his death, and the recipient was Arthur Thomas, of New Jersey, KDKA-TV reported (http://cbsloc.al/2aJ5fRx ).

"I was on death's door when he was murdered, and I needed a heart or I was going to be dying in the next few days," Thomas said.

Stepien said she wanted her dad to be a part of the ceremony at St. Anselm church in Swissvale, and she felt that asking Thomas to walk her down the aisle was the perfect way. After writing Thomas a letter, she met him on the eve of her wedding and felt her father's heart beat for the first time in 10 years.

"I was just so thankful that my dad could be here with us today in spirit and a piece of his physical being as well. That was really special for us," she said.

Both Stepien and Thomas beamed as they walked down the aisle together.

The gesture also moved the groom, Paul Maenner, who said he was "overtaken with emotions" when he saw Stepien walking down the aisle.

Thomas said he can't imagine a greater honor than escorting the daughter of the man who's given him his heart.