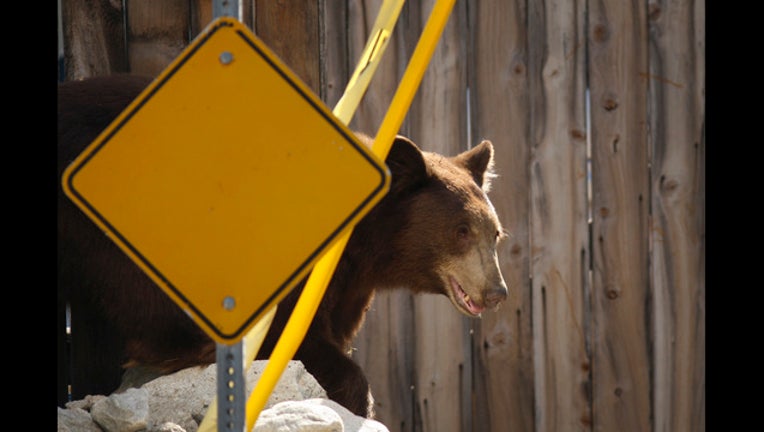 An adult black bear walks through a residential neighborhood on September 9, 2012 in Montrose, California. (Photo by David McNew/Getty Images)

RIVERSIDE COUNTY (Fox News / FOX 11) - A black bear struck by an arrow recently mauled a Southern California hunter who approached the wounded animal to get a closer look, a report said.

The San Francisco Chronicle reported this week that the unidentified hunter suffered serious injuries during the mauling Aug. 24 in the San Bernardino Mountains. He was hospitalized.

The Los Angeles Times reported that the hunter suffered injuries to his upper torso and face.

The hunter was joined by two others at the time and reportedly believed the bear was dead when he approached the 300-pound animal. The bear later died, but the hunter’s condition was not immediately known.