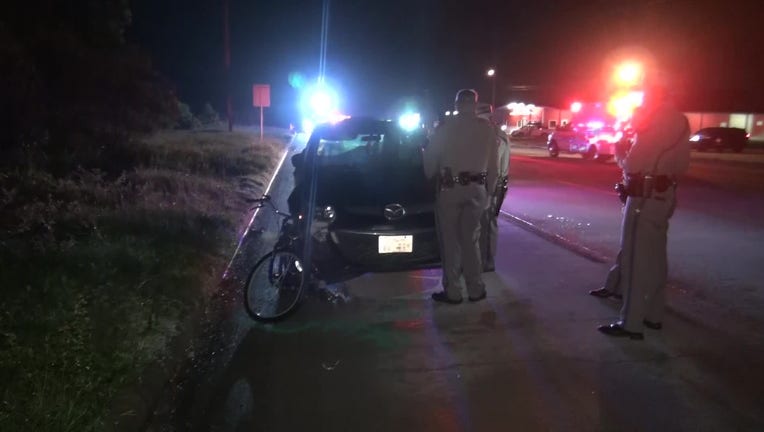 Authorities investigate a deadly crash involving a bicycle and a car in Magnolia.

MAGNOLIA, Texas - A 16-year-old bicyclist died in a crash with a car in Magnolia on Monday night, authorities say.

The crash occurred around 10 p.m. on Magnolia Blvd at David Lane.

Officials say the driver of the car reported the crash, and Magnolia Fire and MCHD responded to the scene.

Crews reportedly found the teen bicyclist about 50 feet away. He was pronounced dead.

Magnolia police, with the assistance of DPS troopers, also responded to the crash.

Authorities say the 16-year-old bicyclist was on the right side of the road traveling northbound on FM 1774/Magnolia Blvd, which reportedly has no shoulder. Officials also say the teen was wearing dark clothing and had no light or reflector on his bike, and the area has little lighting.