Protesters marched to Baytown Police Department, taking a stand against police brutality after the violent arrest of a white man went viral.

Protesters swarmed the entrance to the Baytown Police Station, demanding the firing of one officer who has become notorious in the community for brutality.

The chants were in reference to Officer Nathaniel Brown. Several in the crowd said they had personally been unnecessarily brutalized by Brown while he was patrolling for Baytown Police.

“He pushed me back, and he slammed my brother,” said Isaiah Phillips, shown in the viral video Tuesday. “He slammed Skylar.”

The video shows the officer coming after Skylar Gilmore, 24, who said a curse word while on his phone at the convenience store.

“You’re cussing in public,” the officer can be heard saying.

He rushes towards Gilmore and Phillips, leaving the car where he was arresting their friend for a traffic violation warrant.

The officer can be seen on camera shoving Phillips, then grabbing Gilmore, throwing him to the ground, and kneeing him.

Phillips and Gilmore spent the night in jail, charged with “disorderly conduct - language” and were fined $325.

“It was my first time going to jail,” said Gilmore. “I’m a law-abiding citizen, and I got sent to jail for cursing.”

About a hundred protesters rallied and marched to the Police station with Gilmore and Phillips Thursday.

“It’s not about black and white,” another black protester said. “It’s about red. We all bleed red, baby.”

The protesters also marched against a history of police brutality accusations at Baytown police.

“I think good cops don’t have enough nerve to stand up and speak about the bad cops,” one protester told FOX 26.

Cell phone videos serve as evidence of the police brutality accusations, including the video of Pamela Turner, shot and killed by a Baytown officer last year.

Her daughter joined the march and protest, demanding the Harris County DA prosecute the officer who killed her mother.

When they arrested Gilmore for language, police tacked on another charge—“interfering with public duties.” The DA’s office has since thrown that charge out.

Baytown police say after the video went viral this week, they put Officer Brown on administrative desk duty, pending the outcome of an internal affairs investigation. 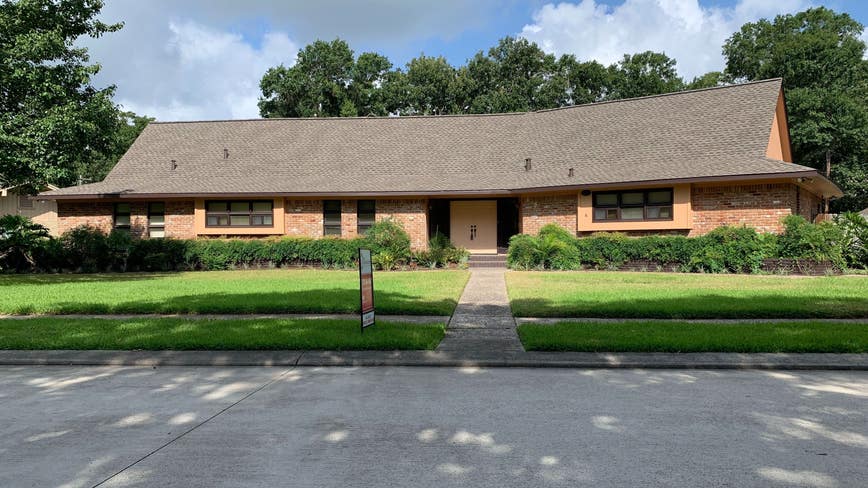