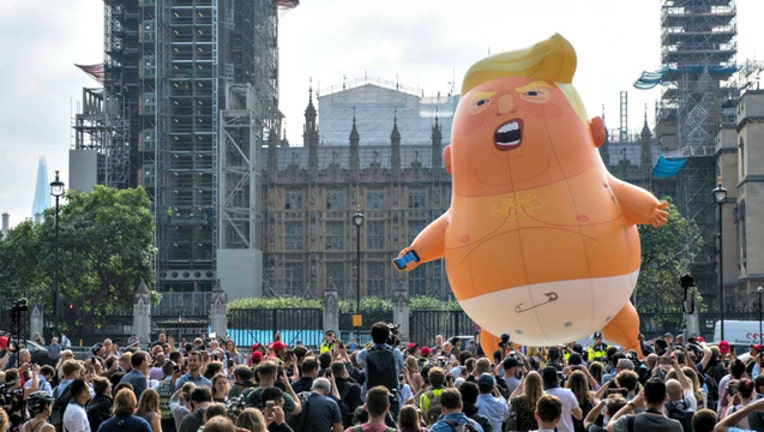 CHICAGO (Fox 32 News) - A baby blimp of President Donald Trump will be coming to Chicago in October.

The “Baby Trump” will be part of the Women’s March Chicago, which is schedule for October 13 in Grant Park.

A “Baby Trump” blimp appeared earlier this year during a protest in London while President Trump was making a visit to the city.

Board member Emily Kraiem told the Chicago Sun-Times that the baby blimp is not an attempt to discourage women Trump supporters who may want to attend the march.

“Everybody is welcome at the march,” she told the Sun-Times.

The purpose of Women’s March Chicago is to encourage people to vote in November.