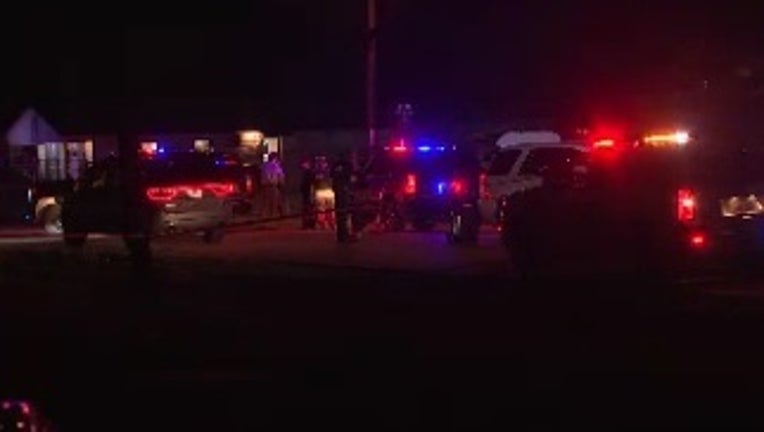 Police said the shooting occurred in the 1700 block of Eighth Street around 6:15 p.m.

Chief Jonathan White with the Rosenberg Police Department said 911 dispatchers received a call of a disturbance in reference to a man that was said to have been shooting a firearm at individuals at a laundromat.

About two hours later, police said they received a second call and officers who arrived on the scene saw the man matching the description.

White said the man was said to be shooting his firearm in the air and at certain people.

Authorities said they immeadiately began giving verbal commands to the man as they noticed he had a firearm in his hand.

White said the officers gave several commands for the man to drop his weapon.

However, White said the man didn't drop his weapon and officers fired their weapons, striking the man.

White stated that officers immediately rendered aid and called for EMS to the scene, where he was taken to the hospital.

Authorities said the man, who hasn't been identified, was pronounced dead at the scene.

White added that the man was at the laundromat and something caused him to become violent. Authorities said it's unclear what it was but he became violent, started discharging a handgun at the people that were in the laundromat with him and at others in the area.

The Texas Rangers and Texas DPS are conducting an investigation, as well as the Fort Bend County District Attorney's Office.