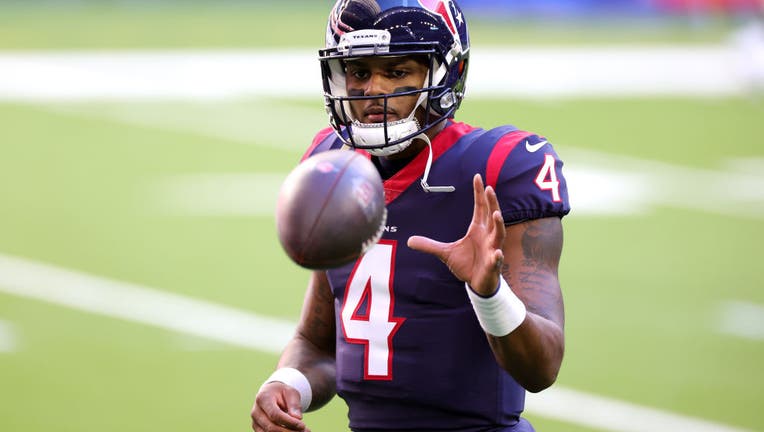 HOUSTON - Some of the women who filed civil lawsuits against Houston Texans quarterback Deshaun Watson have talked with police and an NFL investigator, according to attorney Tony Buzbee.

Buzbee is representing the 22 women who filed the lawsuits, in which Watson is accused of assault and harassment during massage sessions.

When reached by phone Wednesday night, Buzbee confirmed that four of his clients have met with the NFL’s lead investigator, Lisa Friel.

While Buzbee praised HPD’s efforts, he expressed concern with the way the NFL is handling things. "Some of the women did not feel like they were being respected," which led to Buzbee attending the fourth session, and said he told the NFL "let’s be clear, every time these women recount this situation, they have to relive it."

Buzbee said other members of his staff attended the first three sessions with the NFL.  Buzbee also pointed out there are "probably four more women who want to meet with the NFL," but he’s not certain he’s going to allow this to happen.

When asked about a possible settlement for each case, Buzbee said that is not happening.

Watson’s attorney Rusty Hardin maintains that Watson is innocent in all 22 cases.

In a statement Thursday afternoon, Hardin said, "In a recent interview, Mr. Buzbee stated that "a settlement is not happening." We certainly agree that there are currently no settlement negotiations being conducted. While we have never approached Mr. Buzbee about a settlement, he has approached us on numerous occasions in the past about the possibility of a settlement. We have made clear all along that there would be no settlement unless the terms are made public and all participants are allowed to speak in their own defense at all times. We want none of the participants—the plaintiffs or Mr. Watson—muzzled by a settlement agreement. Mr. Buzbee does not feel the same.

I am a little bemused by Mr. Buzbee pronouncing piously that his clients are not going to settle and that they want their cases to play out in court. The fact that this whole thing started with his attempt to extort money and avoid court shows that irony is not dead. I guess it has just been raised to a new level."