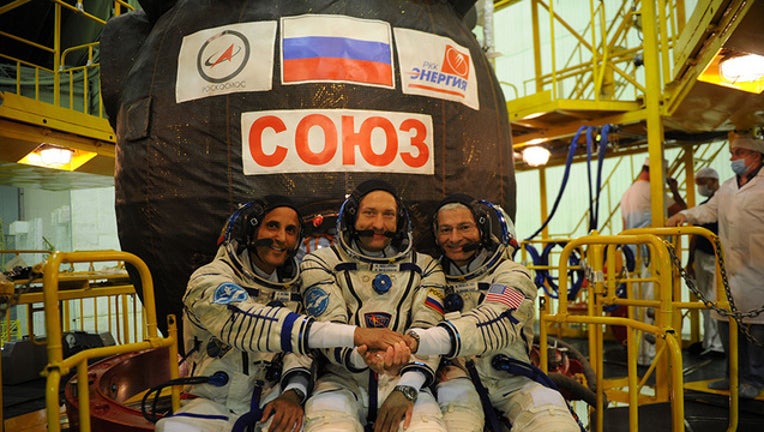 The two Americans and one Russian entered their attached Soyuz capsule Tuesday for the ride back to Earth. They're aiming for a touchdown Wednesday morning local time in Kazakhstan. Snow and freezing rain are complicating the travel of recovery crews.

Their mission was highlighted by robot-arm renovations, schoolteacher pep talks, and heavenly greetings from Pope Francis.

Acaba is the first astronaut of Puerto Rican heritage and a former teacher.

He teamed up with another educator-astronaut, who's launching in three weeks, to perform the science lessons prepared by Christa McAuliffe 32 years ago. She died aboard space shuttle Challenger.