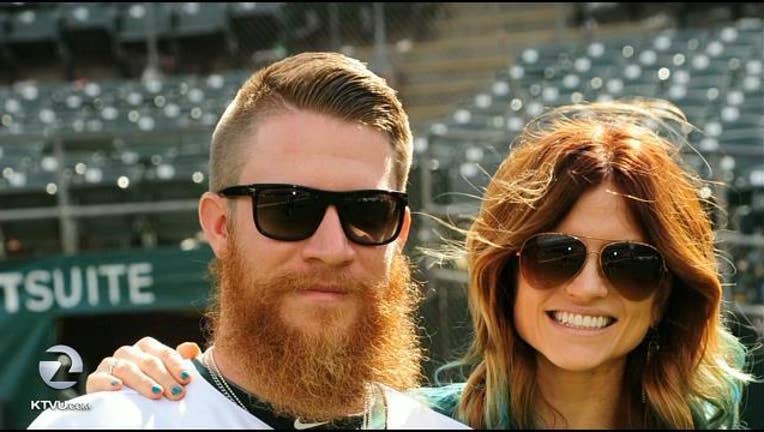 OAKLAND, Calif. (KTVU) - A young baseball fan will have some bragging rights on the playground after he realizes that he got to play a pretend game of baseball with none other than Oakland A’s relief pitcher Sean Doolittle.

Doolittle and his girlfriend, Eireann Dolan, were out walking their dog Stella, when a boy approached them and asked them about their dog and the A’s bandana around the animal's neck.

In a post Dolan writes that the boy told them that he loves baseball, and that the child had no idea he was talking to a professional baseball player.

The child then asked Doolittle if he would join him in a game.

The A's All-Star reliever took the boy up on his invitation and started throwing pretend pitches.

For his first pitch, Doolittle threw a strike that whizzed by the child, but for the second pitch, the boy managed to knock it out of the park.

The child is seen taking a nice victory lap around his imaginary bases.

Doolittle has been off the field since last month, as he recovers from a left shoulder injury.

There is no word on when the left-handed pitcher is expected to return to the mound.