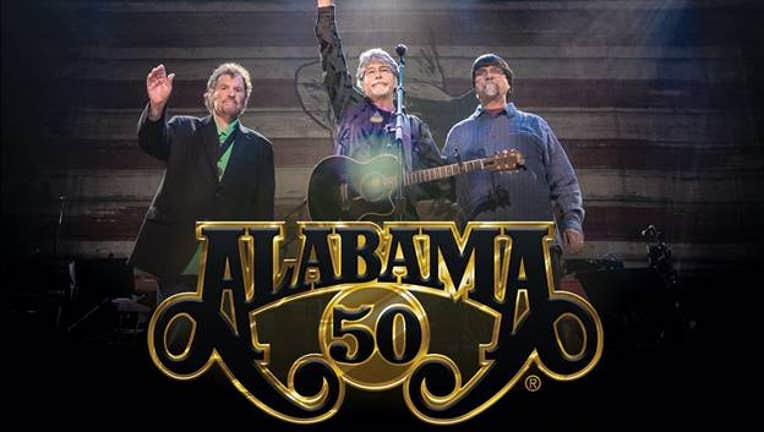 HOUSTON - ALABAMA will be making a stop in Houston on their upcoming 50th anniversary tour.

The beloved country rock band will be performing at the Houston Toyota Center with AMERICA on November 7.

The anticipated Houston tour date tickets will go on sale on July 23 at 12 p.m.

"It's a classic American tale of rags to riches." said a tour release.

"Five decades since starting the band, ALABAMA has charted 43 #1 singles, including 21 #1 singles in a row, and have won dozens of CMA, GRAMMY®, and ACM Awards."

Some of ALABAMA's songs include, "Song of the South", "Born Country," and "Mountain Music".

The classic rock band, AMERICA, will also be joining ALABAMA at the Toyota Center in their 51st year of making music together.