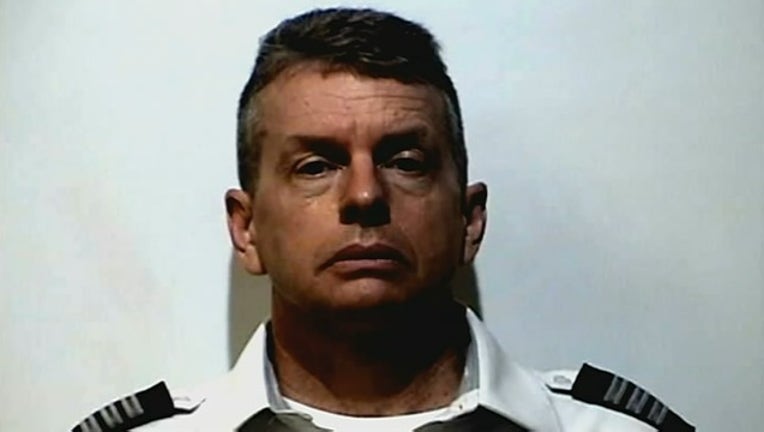 Christian R. Martin was arrested 11. 2019 at the Louisville airport, a day after he was indicted by a Christian County grand jury in the November 2015 deaths of Calvin and Pamela Phillips of Pembroke and their neighbor, Edward Dansereau

LOUISVILLE, Ky. (AP) - A pilot for an American Airlines subsidiary was arrested Saturday in the 2015 shooting deaths of three people in Kentucky, the state attorney general announced.

Christian R. Martin was arrested Saturday at the Louisville airport, a day after he was indicted by a Christian County grand jury in the November 2015 deaths of Calvin and Pamela Phillips of Pembroke and their neighbor, Edward Dansereau, Attorney General Andy Beshear said in a news release.

Martin moved from Christian County after the slayings and was living in North Carolina at the time of the indictment, the statement said.

American Airlines said in a statement it is cooperating in the investigation. The airline said Martin has been a pilot for subsidiary PSA Airlines since January 2018. Martin's jail mugshot shows him wearing a pilot's uniform.

A criminal background check conducted on Martin found no "criminal history that would disqualify him from being a commercial pilot," the airline said.

It wasn't immediately known whether Martin has an attorney who could comment on the charges. Martin was being held without bond in the Christian County Detention Center on murder, arson and burglary charges along with tampering with physical evidence.

Police said Calvin Phillips, 59, was found shot to death in the cellar of his home. The bodies of Pamela Phillips, 58, and Dansereau, 63, were found a few miles away in a cornfield inside her burned car.

Authorities have not given a motive for the slayings or said what led them to believe Martin was responsible.

Beshear said he met nearly two years ago with the couple's son, Matt Phillips, who was worried the case had stalled. Beshear accepted a request from the local commonwealth attorney to appoint a special prosecutor to handle the case.

Relatives of Calvin and Pamela Phillips had offered a $100,000 reward to help solve the case.

The statement said relatives of the victims expressed an "overflowing of emotion, sincere relief, and absolute gratitude to all those who have worked diligently on this case."