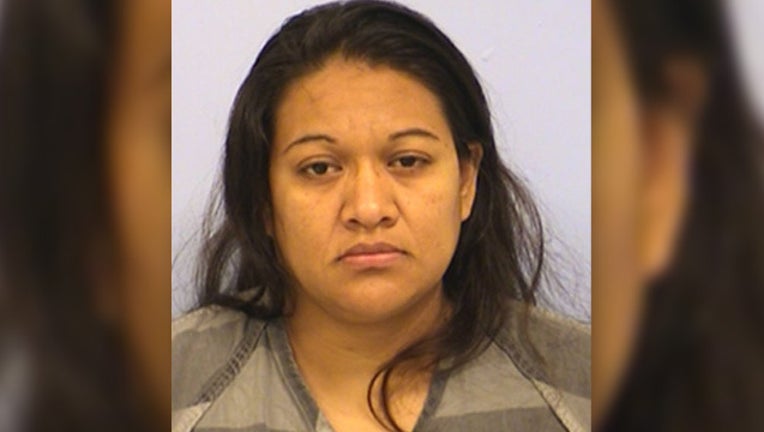 Gisela Sanchez-Flores has been charged with Abandoning a Child with Intent to Return a State Jail Felony.

On May 10th Sanchez-Flores left her 8 month old child and her 2-year-old child alone at home while she went to her Zumba aerobics class.

According to the arrest affidavit Gisela Sanchez-Flores left two of her three children at home while they were sleeping because she didn't want to be late for class. She took her 1-year-old child with her to the class.

The Zumba instructor confirmed to police that Sanchez-Flores arrived to the class late but that she stayed for the entire class which lasted for an hour.

The Austin Police Department received a call at 9:38 that the 8 month old had been located by a neighbor at the intersection of Stassney and Village Trail.

Officers spoke with the neighbor who stated she had walked outside and saw the 8 month old child at the crowded roadway.  She says that she ran out to pick up the child.  According to the arrest affidavit, "The child is so close to Stassney that the vehicles are stopping in order to see what the child is going to do, if he is going to cross or not."

Gisela Sanchez-Flores' bail was set at $5000. The 33-year-old mother was arrested and booked into the Travis County Jail.