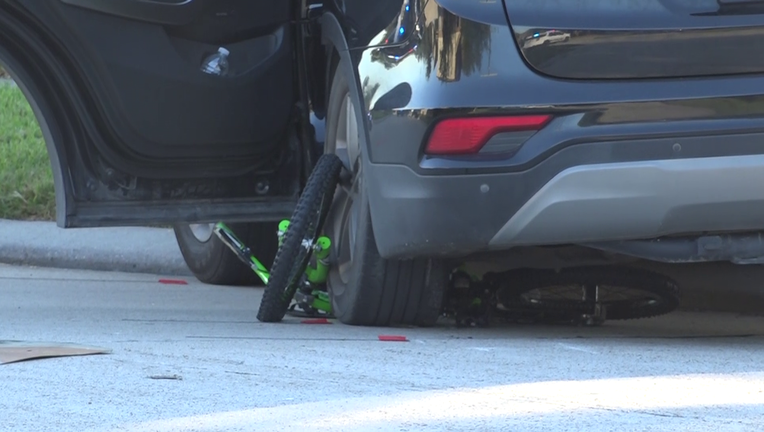 KINGWOOD, Texas - DPS Troopers are investigating after an 8-year-old boy, who was riding his bicycle, was struck and killed on Monday afternoon.

According to officials, the 8-year-old was riding his bicycle north on the sidewalk on Gallant Knight in Kingwood.

When he reached the intersection of South Kings Mill, he crossed to the east, officials said.

That's when, a female driver in a black Hyundai was westbound on South Kings Mill and turned left to go south on Gallant Knight.

The driver didn't see the boy on the bicycle and struck him.

The boy was taken to the hospital in critical condition with CPR in progress.

However, he was pronounced dead at the hospital.

Officials said the female driver is cooperating with authorities.